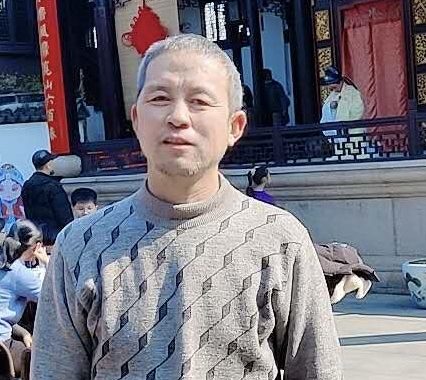 According to Xing Wangli’s son Xing Jian, on April 20, 2021, Xing Wangli went to visit Jiang Tianyong in a remote village in Henan Province. On April 23, after returning, police at Xing’s local police station in Huaihe, also in Henan province, told Xing Wangli to come to the local neighborhood committee. The police were waiting for him there and they proceeded to threaten him, telling him that he shouldn’t have visited Jiang Tianyong and that if Xing Wangli didn’t correct his behavior he would be “dealt with.”

Defying their threats, later that day, Xing Wangli went to Beijing to continue his efforts to try to lodge grievances against local officials including this latest act of intimidation. He was subsequently detained, in Beijing by police from the Qianmen police station. He was then transferred back to his hometown, where he was initially put under administrative detention and then, on May 12, he was placed in criminal detention on suspicion of “picking quarrels and provoking trouble.”

When giving the criminal detention notice to the wife of Xing Wangli, and asked what crime Xing had committed, the vice-police chief of the Huaihe police station said that Xing should not have visited Jiang Tianyong, shouldn’t have gone to Beijing, and his son overseas shouldn’t make public statements. None of these behaviors qualify as crimes under international law.

He is currently being held at the Xi County Detention Center in Henan Province.

Jiang Tianyong, the human rights lawyer whom Mr. Xing visited, was disappeared on November 21, 2016 and after going missing for 25 days, it was later revealed that he was placed in “residential surveillance at a designated location,” a form of secret detention. He went on trial without representation by a lawyer of his own choice on August 22, 2017, convicted of “inciting subversion of state power” and sentenced to two years in prison The case against Jiang clearly targeted his exercise of his rights to free expression, association, and assembly.

Although Jiang Tianyong was released from prison on February 28, 2019, he has remained under constant police surveillance and monitoring by the authorities, and his freedom of movement has been severely curtailed.

“Despite his release, Mr. Jiang is not a free man. He remains under constant surveillance by the authorities and his movement is severely restricted. He continues to be punished, along with his family and friends, with harassment and intimidation by the authorities”.

On Wednesday, May 19, 2021, Jiang Tianyong marked his 50th birthday, but the authorities monitoring him did not permit friends to gather and celebrate with him.

Xing Wangli and his family have faced harassment and persecution by the authorities for their activism. On August 26, 2016, Xing Wangli was sentenced to four and a half years’ imprisonment for “picking quarrels and provoking trouble” after engaging in a protest against the imprisonment of his daughter, mother, and mother-in-law, who had staged a protest  in 2014. Xing Wangli’s skull was fractured and he was in a coma for nine days after he was beaten in prison. Authorities claimed he had attempted suicide.  He was released on November 27, 2017, but  he was detained in February 2018 after s travelled to Beijing to seek legal assistance in filing a lawsuit against local authorities regarding his mistreatment in prison.

CHRD urges the government to immediately and unconditionally release Xing Wanli and to lift all extralegal forms of harassment and surveillance of Jiang Tianyong.