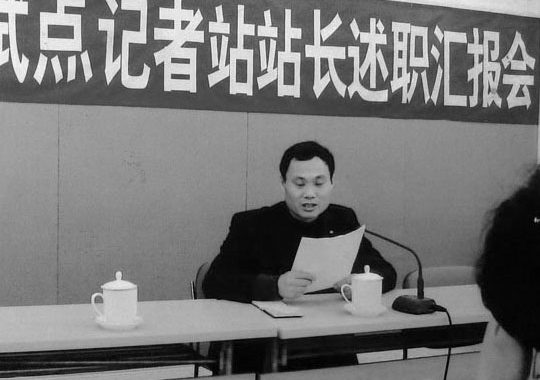 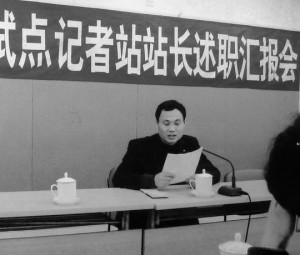 Qi Chonghuai was a reporter and former Shandong Bureau Chief for the Fazhi Morning Post, and known for his articles exposing local corruption, social injustice, and human rights violations. In April 2007, Qi drew widespread attention when he posted photos and an article online about construction of luxury government office buildings in Tengzhou City, Shandong Province. In 2008, his first conviction and sentence—four years for “extortion and blackmail”—stemmed from this muckraking reporting.

In 2011, shortly before he was to be released from his original sentence, the court in Tengzhou again convicted Qiof “extortion and blackmail” and also “embezzlement,” sentencing him to eight more years in prison. Born on February 7, 1965, Qi’s most recent conviction was based on four incidents that occurred prior to 2007 during which he received a total of RMB 200,000 (about $US 31,000) while on assignment. In 2007, Qi acknowledged that he received these payments, but argued that three quarters of it was legitimate payment for his work, and while acknowledging that he did receive small bribes, he argued that it is a common practice among Chinese journalists and refusing these small payments would have created problems in his work; however, the procuratorate did not indict him on the basis of this confession when he was first prosecuted for “extortion and blackmail” in 2008. His second conviction—with such a long sentence, just when he was nearly due to be released from prison after serving time for the same crime—is clearly politically-motivated persecution for his journalistic work.

During his time in prison, Qi has been tortured, beaten, and forced to perform hard labor. A series of letters he was able to smuggle out in 2009 described in detail the abuse and mistreatment he experienced.

Journalist Who Exposed Corruption Gets Four Years, May 14, 2008, CHRD