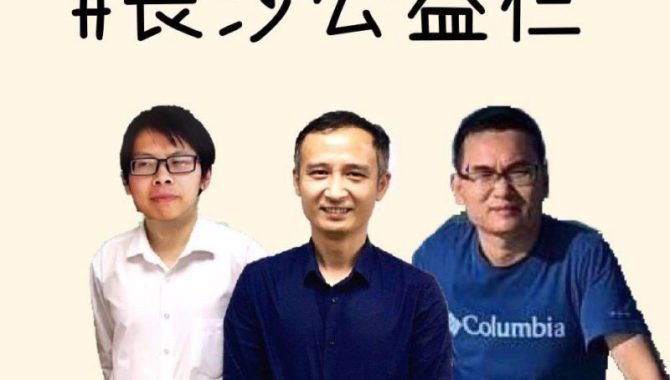 “That we even know today that they have been sentenced is by accident, not because the officials notified us in accordance with the law,” said Shi Minglei. “Everything my husband and the others face—from their verdict to the judgment itself, to whether they will be able to meet with their lawyers in prison—is still a mystery. Every part of this case has been in violation of the law, from its beginning to its end.”

Chinese authorities’ treatment of the “Changsha Three”—as the three anti-discrimination and health rights advocates have been referred to by civil society—has defiantly ignored serious concerns from the international community, from UN human rights experts to officials in U.S. cities with connections to Changsha.

For many years, Cheng, Liu, and Wu, from the now banned NGO Changsha Funeng, actively supported persons with disabilities and members of other disadvantaged groups in advocating for their legal rights even as Chinese authorities were mounting a purge of such independent advocacy groups. In July 2019, authorities detained the three on suspicion of “subverting state power.” This charge belongs to a category of crimes that “endanger state security,” which carries penalties as high as life in prison, marking a drastic escalation in government persecution of rights advocacy NGOs. Their families do not know how they have fared over the last two years because they have not had any contact during their detention.

“Authorities have violated the rights of Cheng Yuan, Liu Dazhi, and Wu Gejianxiong and their families at every step of their handling of these cases, from failing to present warrants for detention to trying and now sentencing them in secret,” notes senior advocate and researcher for CHRD, Ramona Li. “Chinese authorities have shown a complete disregard for their own criminal procedure laws in prosecuting these cases.”

Authorities tried Cheng, Liu, and Wu secretly sometime between August and September 2020. Their families were not notified of the trial and learned about it only after its conclusion during a phone call by Wu’s father to his son’s government-appointed lawyers. The government claimed that the three had voluntarily dismissed the defense lawyers—including Wu’s father— of their families’ choice in March 2020, which neither the lawyers or the families were permitted to confirm with the three.

Family members of the three have been persistent in their advocacy even in the face of intimidation and harassment by authorities. Cheng Yuan’s brother Cheng Hao has been questioned by the police for speaking to reporters about his brother’s case, and Cheng Yuan’s wife, Shi Minglei, was herself interrogated and placed under residential surveillance despite having no connection to her husband’s advocacy. Wu Gejianxiong’s father, Wu Youshui—a human rights lawyer himself—formally appealed to authorities in Changsha for permission for his son to see his mother before she passed away from a serious illness. He received no response.

The three advocates were working at one of the last remaining independent rights advocacy NGOs in China, Changsha Funeng (长沙富能) at the time of their detention. The organization was founded in 2016 and trained citizens to use innovative strategies to advocate for policy change on a range of issues including disability rights, combatting discrimination arising from the country’s one-child policy, and the rural-urban residence registration system.

Cheng Yuan served as director of the organization, using his experience as a veteran rights advocate for marginalized groups who had helped several citizens win landmark court cases against health discrimination for conditions such as hepatitis B and HIV/AIDS. Liu Dazhi was also an experienced rights advocate, having established mutual-support networks to help workers with occupational diseases and their families; he was also active on environmental issues. The third detainee, Wu Gejianxiong, was 24 at the time of his detention and had only just joined the NGO field assisting lawyers on rights-defense cases.

The detention of the Changsha Funeng staff also attracted condemnation from city officials in San Francisco and New Haven, which both have Sister City relationships with Changsha. This February, the mayor of New Haven, Justin Elicker, cited the group’s anti-discrimination work and the recommendation of the UN Working Group on Arbitrary Detention and called on Changsha mayor Zheng Jianxin to press for the release of the three NGO workers.

“These three rights defenders were committed to making law and policy accessible to vulnerable groups,” says CHRD’s research and advocacy coordinator William Nee. “They believed that the law could deliver just results for all citizens, and in their work they proved themselves to be far better stewards of the rule of law in China than the officials responsible for their imprisonment.”

CHRD urges Chinese authorities to follow the recommendation of the UN Working Group on Arbitrary Detention to immediately release the three, make reparations, and ensure that the violations of their rights are independently investigated and that those responsible are held accountable.

In the interim, CHRD urges Changsha’s judicial and public security officials to adhere to the PRC Criminal Procedure Law and China’s international human rights obligations in discharging their duties with respect to Liu Dazhi, Wu Gejianxiong, Cheng Yuan, and their families. In particular, they must: