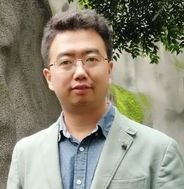 Dates of Detention/Arrest: January 12-21, 2020 (detained under Residential Surveillance in a Designated Location)

“I don’t feel up to the description that others have bestowed on our work to be that of human rights lawyers. All of what we did was small and incremental. But I am very proud to say that I believed we were helping to make society better, or that we were fulfilling the obligations that we had as citizens toward our fellow compatriots and to society.”—Chang Weiping, October 12, 2020

Chang Weiping (常玮平) is a human rights lawyer who has taken on notable cases defending the rights of a wide range of marginalized groups including women, LGBTQ persons, those with HIV/AIDS and hepatitis B facing workplace discrimination, as well as victims of forced demolition, defective vaccines, and repression for practicing Falun Gong. His current detention began after he posted a video describing how state officials disappeared and tortured him earlier that January. He was again forcibly disappeared shortly afterward on October 22, 2020 by authorities in the city of Baoji in the northwestern province of Shaanxi. After nearly six months of enforced disappearance, Chang Weiping was formally arrested in April 2021, whereupon he was transferred to a remote detention center on the outskirts of Baoji.

By October 2020, Chang Weiping had been subject to months of surveillance and harassment by police following his release from ten days of enforced disappearance in January 2020. He posted a YouTube video describing how Baoji authorities had tortured him during that period. On October 22, 2020, five days after posting the video, he was again detained through a form of enforced disappearance known under Chinese law as “residential surveillance in a designated location” (RSDL). He was held at the same site of his original detention, the Baotai Hotel, this time for “inciting subversion of state authority.” On November 25, 2020, Chang Weiping was allowed to speak to his father for ten minutes. He appeared to only be slowly reciting what the RSDL authorities wanted him to say. He told his father not to speak up on his behalf. This would be the last communication he would have with the outside world for nearly a year.

After being held under RSDL for nearly six months, Chang Weiping was formally arrested for “subversion of state power” on April 7, 2021, whereupon he was transferred to the Fengxian County Detention Center in Baoji. Throughout his detention under both RSDL and formal arrest, Chang Weiping’s family and lawyers made repeated requests to visit him that were rejected for nearly a year until after Baoji public security declared that they had concluded their investigation and recommended to the procuratorate that he be charged with the more serious charge of “subversion of state power” on September 6, 2021.

Chang Weiping was finally allowed to see his defense lawyers for the first time on September 14, 2021. He reported serious abuse and mistreatment while he was held under RSDL from October 2020 to April 2021. He said that authorities interrogated him for long periods while depriving him of sleep, food, and water and subjecting him to other forms of mental and physical abuse, including locking him a “tiger chair”—a chair with shackles for immobilizing the hands and feet—for long periods of up to six days. To further humiliate and degrade him, they also deprived him of basic hygiene, not allowing him to use the toilet, brush his teeth, or shower for prolonged periods. Chang Weiping reported that authorities would intensify their mistreatment to compel him to cooperate with interrogations, in the end producing 40 interrogation transcripts that Chang Weiping told his lawyers had all been rehearsed.

The authorities’ use of torture and mistreatment to obtain evidence for their investigation has led to serious health problems for Chang Weiping for which authorities have denied medical treatment despite repeated requests from his wife. During his six-day stretch in the tiger chair, Chang Weiping lost sensation in his fingers and developed sores on his buttocks. He also has blood in his stools and suffers from mouth ulcers and dental problems that make it difficult for him to chew food. At the Fengxian County Detention Center, he continues to face mistreatment including poor nutrition, restrictions on purchasing necessities from the commissary, and being denied basic medical care. During a November 2021 medical examination, he was diagnosed with high blood pressure and gallstones.

In addition to torturing and mistreating Chang Weiping, authorities have also committed serious violations of procedural justice. Authorities have obstructed his defense lawyers’ access to his case files without legal basis, claiming on different occasions that the files were “in a locked cabinet” or that “the person in charge was traveling on business.” His lawyers were required to sign a confidentiality agreement prohibiting them taking notes and from disclosing details about the case, even to family members.

In December 2019, Chang Weiping participated in an informal gathering of rights lawyers and activists in the southern coastal city of Xiamen that became the object of a government crackdown. Authorities detained many of the participants, including lawyers and activists Dai Zhenya, Zhang Zhongshun, Xu Zhiyong, Ding Jiaxi. The UN Working Group on Arbitrary Detention have declared several of these detentions arbitrary and, along with other UN special rapporteurs, has expressed concern about the mistreatment of those detained.

Chang Weiping was himself forcibly disappeared under RSDL by Baoji public security on January 12, 2020 on the charge of “endangering national security.” For the ten days in which Chang Weiping was in RSDL in the Baotai Hotel, he was strapped in and forced to sit on a “tiger chair” non-stop, except for bathroom breaks. This caused his thumb and index finger on his right hand to become numb and lose feeling. Both legs experienced swelling, and the pain was so intense that he requested medical attention, which his interrogators refused.

Every day he was only given some noodle soup for lunch, and a mantou for dinner. He was often so hungry that he nearly fainted and he suffered from severe stomach pangs. The police who were guarding him ate in front of him to taunt him, and they would also play cards, drink alcohol, smoke, and created noisy disruptions to prevent him from sleeping. When he was seen listing forward as he nodded off from exhaustion, the guards would immediately wake him and force him back to a sitting position. After a few days of confined sitting, his pain became unbearable. Police interrogated him in this state of extreme exhaustion, and in ten days they produced 16 transcripts of notes.