May 5, 2022       Comments Off on Urgent Life-Threatening Conditions in Lockdown Shanghai Demand Prompt Investigation 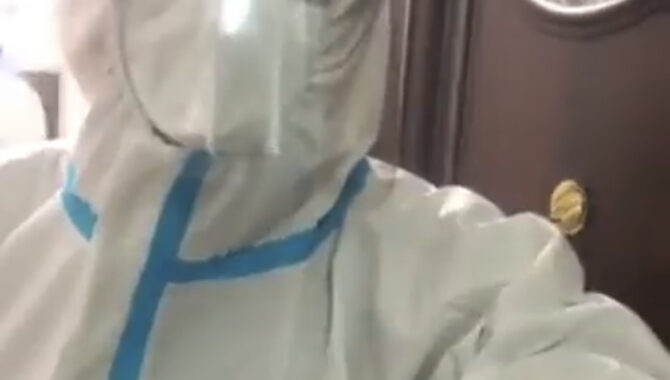 The crisis is not confined to Shanghai – the central city of Zhengzhou announced lockdown measures from May 4-10 and Beijing has identified over 500 restricted areas with corresponding travel restrictions on residents.

CHRD urges the Chinese government to save lives from unnecessary deaths, protect human rights, especially international human rights conventions with respect to COVID-19 prevention, and to be transparent about the numbers of infections and deaths – both COVID-19 related and other preventable deaths.

While CHRD has not been able to independently verify all of the online videos and reports, given the notorious state censorship imposed on the Internet and restricted access by foreign reporters on the ground, cumulatively, the information filtering out online strongly suggests the situation in the besieged city dire.

Some of the most shocking incidents include:

It is urgent and obligatory that Chinese authorities immediately alleviate the still unfolding humanitarian crisis. The Chinese government must promptly lift state censorship on the press and online media, allowing independent investigation and efforts to seek official accountability for any preventable deaths and for unnecessary human suffering.

CHRD is concerned that such efforts by affected residents, local human rights activists and lawyers to seek accountability will be stifled. Chinese authorities have punished vocal critics of its lockdown measures. For instance, on April 30, an online citizen journalist, Ji Xiaolong, was taken away by ten police officers after Ji had persisted in his social media reports of the Shanghai lockdown and his criticisms of the “Zero Covid” policy’s worsening impact on Shanghai people. Most notably, on April 2, Ji wrote an open letter addressed to government leaders, “Quickly End the Mass Movement Style Anti-Pandemic Work and Relieve our Difficulties, and Send Supplies – a Shanghai Citizen’s Request on Behalf of the People”. Ji was released the next day on bail and forced to pay a fine of 1,000 RMB yuan.

Besides attempting to coerce people like Ji Xiaolong from expressing their views of the lockdowns through detention, the authorities have engaged in widespread online censorship blocking or deleting social media messages, audio or video recordings, depicting life and death in Shanghai, or airing discontent, voicing dissent, as CHRD has previously reported. Behind the information blockade, the situation on the ground could be much more desperate than what little is known to the outside world.

As United Nations human rights experts have made clear, the countries that make use of emergency powers granted by the COVID-19 crisis should only do so very carefully and should not use such powers to “quash dissent”.  The UN experts stressed that “…we urgently remind States that any emergency responses to the coronavirus must be proportionate, necessary and non-discriminatory”.

The nearly two-month long lockdown in Shanghai are unproportionate responses, especially when effective vaccines have already been developed, and in light of the fact that the lockdown measures more severely impact the lives of migrant workers, the elderly, and those with other health condition or in need special assistance.

And yet, despite the urgent need for a change to COVID policies, it is unlikely to happen in the near term as the government doubles down on its policy that is increasingly making little sense. On May 5, the Standing Committee of the Politburo of the Chinese Communist Party met to discuss the latest COVID situation. The meeting, which was chaired by General Secretary Xi Jinping, declared that “from beginning to end [we must] maintain a clear head, and absolutely unswervingly maintain the general policy of “dynamic Zero COVID”, resolutely unite in cutting off misrepresentations, doubts, and engage in struggle against words and deeds of those who oppose Our Country’s anti-pandemic general policy”.

“Committing to “struggle” against people desperately calling out for food, water, and medicine is absurd and will not change the dire situation on the ground. The government should launch a prompt investigation, figure out what has gone wrong, and change its ways before more lives are lost”

“It is absolutely appalling that Shanghai, normally one of the world’s most efficient commercial metropolises, has been paralyzed for months. The Chinese government should immediately provide assistance to all those in need – especially the elderly, the disabled, and migrant workers,” Nee added.