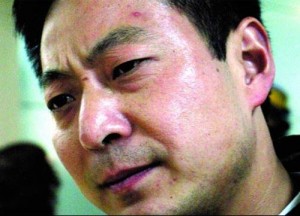 On January 31, Nanjing police detained activist and former prisoner of conscience Guo Quan. He was taken away on unknown charges and held at Nanjing No. 2 Detention Center. Guo had been writing online about the COVID-19 outbreak in China and had criticised the government’s response. On February 26, Guo Quan’s relative informed Chinese media that they had been informed by police that Guo had been formally arrested on charges of “inciting subversion of state power.” Guo Quan’s exact date of arrest is unknown at this time. His lawyers have not been able to meet him due to travel restrictions imposed during the COVID-19 outbreak and the difficulties in meeting a client held under “endangering state security” charges. On October 12, 2020, Guo Quan’s lawyer Si Weijiang visited him in Nanjing City No. 2 Detention Center. The lawyer said Guo Quan was in good spirit and looked healthy. Guo Quan also told the lawyer that he is not afraid of being imprisoned.

Guo Quan, a writer and dissident who had often attracted the attention of authorities, was detained in November 2008 and tried in August 2009 on charges of “subversion of state power.” The indictment against Guo accused him of establishing and recruiting members for an “illegal organization,” and of publishing a large number of articles that sought to “overthrow the socialist system.” Prior to his detention, Guo had penned a series of online articles entitled “The Voice of Democracy” and other works critical of the one-party system and policies of his local government officials. Nanjing police had briefly detained Guo in May of 2008, after he had discussed with other members of the Xinmin Party its response to the May 12 Sichuan Earthquake.

It was reported in 2010 that Guo had grown very thin while incarcerated, and that prison authorities had intercepted correspondence between him and his family. Guo was released from prison on November 12, 2018, after serving his entire 10-year punishment. After his release, Guo reportedly shared details of his time in prison on a diary that he started on WeChat. Guo described how he was held in solitary confinement, a severe form of psychological torture, but that he had stuck to long-held principles, including not admitting to criminal behavior or committing suicide. After speaking out, Guo went out of contact on November 28, having been brought in for police questioning, and his safety and whereabouts unconfirmed.

Guo Quan, born on May 8, 1968, was an associate professor at Nanjing Normal University in Jiangsu Province before being barred from teaching due to his activism. In December 2007, Guo established the China Xinmin Party (中国新民党) , or New People’s Party, and went on to serve as its spokesperson. He claimed prior to his detention that the group had as many as 10 million members from among the most disenfranchised populations in Chinese society, including victims of forced home evictions and land reclamations, as well as others who felt they had been wronged by Chinese officials.

“A Healthy Society Should Not Have Just One Voice” – China Must End Crackdown on Online Speech in Response to COVID-19, April 1, 2020, CHRD (中文版本)

Opinions adopted by the Working Group on Arbitrary Detention at its sixty-fifth session, 14–23 November 2012 – No. 59/2012 (China) Guo Quan (English and Chinese)