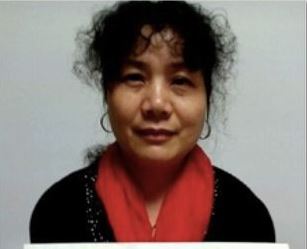 On August 22, prominent legal advocate Xu Zhiyong (许志永) was formally arrested in Beijing on a charge of “gathering a crowd to disrupt order of a public place.” Police criminally detained Xu on July 16 on suspicion of the same crime for his role in the “New Citizens’ Movement,” a loose grouping of activists that he has spearheaded since 2011, and many of whom have also been detained since March. Xu is being held at Beijing No. 3 Detention Center. After one lawyer was denied a visit to Xu and harassed, another lawyer was able to meet Xu at the detention center.

Longtime Anhui activist Zhang Lin (张林) was also arrested on August 22, on a charge of “gathering a crowd to disrupt order of a public place.” Zhang was taken into custody on July 18 in apparent retaliation for protests against authorities who blocked his 10-year-old daughter Annie Zhang (张安妮) from attending school in Hefei City. Zhang Lin is being detained at Bengbu City No. 1 Detention Center.[1]

Jiangxi activist Liu Ping (刘萍), who has suffered from a stomach illness, reportedly is still sick in detention, and authorities have now changed the “crimes” against her for a fourth time in a revolving series of charges, according to her lawyer, Zheng Jianwei (郑建伟). Authorities told the lawyer that Liu is now being investigated for “gathering a crowd to disrupt order of a public place” and “using cult to undermine implementation of the law” as police attempt to bolster what clearly appears to be a flimsy criminal case. By July, Liu reportedly had become very weak in Xinyu City Detention Center, having lost a great deal of weight while needing to force herself to eat and suffering daily bouts of diarrhea. (CHRD has previously reported on Liu’s mistreatment in police custody.)[2]

Jiangxi activist Liu Ping (刘萍) is ill in detention and has faced a series of revolving and concocted criminal charges.

Law professor and lawyer Zhang Xuezhong (张雪忠) has been suspended from his teaching post at East China University of Political Science and Law in Shanghai, apparently in a move to retaliate against him for an article he wrote promoting constitutional reform in China and for taking on the cases of detained human rights activists. School authorities reportedly informed Zhang in June that an article of his discussing and calling for reform had violated the country’s Constitution and other laws. The school also asked for Zhang’s response on the matter, but upon receiving Zhang’s views on freedom of expression, the university notified him on August 17 that the school’s Communist Party Committee had decided not to allow him to teach. Zhang revealed these developments on his microblog, which was subsequently blocked by censors. Zhang Xuezhong has written widely on rule-of-law reforms, constitutionalism, and social justice. People familiar with the circumstances believe that the suspension’s main intent is to punish Zhang for representing several activists detained in the ongoing crackdown on free assembly and association, including Liu Ping (刘萍) of Jiangxi Province (see above), Li Huaping (李化平) of Hunan, and Zhao Changqing (赵长青) of Beijing.[3]

See CHRD’s website for further background and case details on the ongoing crackdown against peaceful assembly and association.

[2] “Liu Ping Again Being Investigated, Now for ‘Unlawful Assembly’ and ‘Using a Cult’”