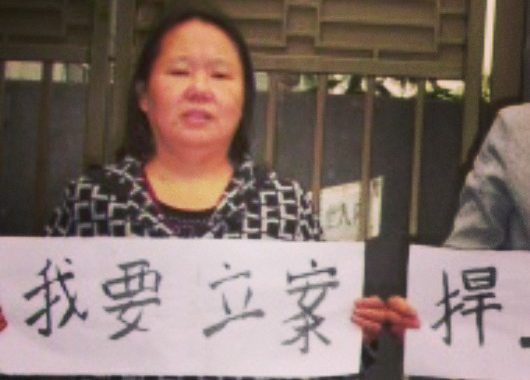 (Chinese Human Rights Defender, November 4, 2013) – CHRD is deeply concerned about the safety of activist Chen Jianfang and the imminent danger of torture she faces.

Shanghai-based activist Chen Jianfang has been missing for more than 24 hours. Chen was last in touch with friends on November 4 when she was on her way to her mother’s home, where dozens of police were conducting a search of the premises.

On September 14, authorities intercepted Chen and briefly detained her, thus blocking her from traveling to Geneva to participate in a training session on UN human rights mechanism and attend the 24th Session of the Human Rights Council. Since then, Shanghai police have interrogated her and closely monitored her.

“This is yet another act of intimidation and reprisal by the Chinese government against civil society activists seeking to cooperate with the UN Human Rights Council,” says Renee Xia, CHRD’s international director.

Authorities have arrested fellow activist Cao Shunli since Cao was abducted on that same day in September on the same trip. Police also arrested a third activist, Zhou Weilin, who was to attend the same training, one week before his travel. Cao, who led a sit-in that started in June 2013 to demand a role for civil society in national preparation for UPR, has been charged with “creating a disturbance.” And Zhou Weilin faces a criminal charge of “gathering a crowd to disrupt the order of a public place.”

Chen Jianfang has been actively involved in efforts to demand the Chinese government to allow civil society participation in its national preparations for the UPR, in disseminating UN human rights information, and other activities in promoting and protecting human rights since 2008. She has been harassed, detained in a Re-education through Labor camp and tortured, and has had her residence raided, all in retaliation by the Chinese authorities for her activism.

Police forcibly entered the home of Chen’s mother in Shanghai in the evening of November 4 and confiscated a computer and human rights educational materials without producing a search warrant. When Chen heard about the raid, she rushed to her mother’s home but never arrived. For more than 24 hours now, repeated attempts to contact her by friends and supporters have failed to reach her. 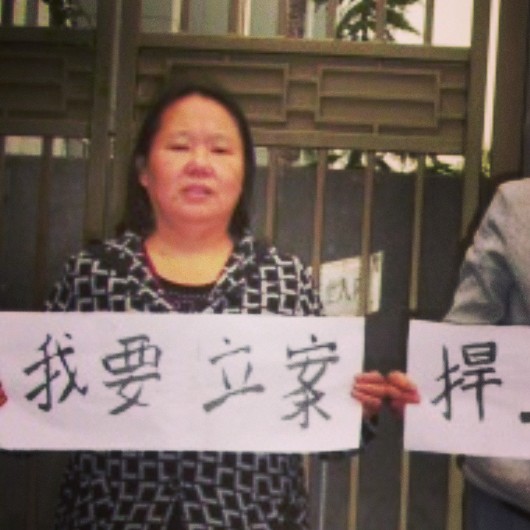 The government of China has continuously persecuted and criminalized individuals who sought to cooperate with the UN human rights system, including with the Human Rights Council. In addition to Cao Shunli and Zhou Weilin, authorities jailed Peng Lanlan for one year in 2012 for demanding participation in drafting the national human rights action plan. Chinese authorities have taken other acts of retaliation and intimidation against many other activists and lawyers, who have sought to engage with the United Nations. Every year between 2006 and 2013, authorities have threatened and punished Chinese individuals attending the same training programs on UN mechanisms and participate in a HRC session or treaty body reviews in Geneva. The UN Secretary-General’s 2012 report on reprisals mentioned similar acts committed by Chinese authorities. (See Report by the UN Secretary General, Cooperation with the United Nations, its representatives and mechanisms in the field of human rights A/HRC/21/18, para. 24)