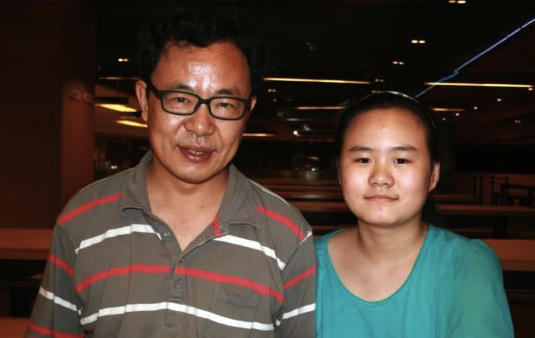 Prominent Anhui-based activist Zhang Lin was arrested in a nationwide crackdown on freedom of assembly, association, and expression that began in early 2013. Authorities seized Zhang in apparent retaliation for protests in support of his 10-year-old daughter, Anni Zhang, who was blocked by authorities from attending school in Hefei City. On February 27, 2013, Anni was removed from Hefei Hupo Elementary School and detained before she and her father were put under house arrest. In April, Zhang Lin along with several activists and lawyers tried to help Anni return to her school by staging rallies and hunger strikes in front of government buildings, but with no success. Authorities had indicated to Zhang and his family that his sentence would be shortened and he would be released in August 2016, but he did not return home until September. Zhang speculated the delay was likely due to the G20 Leaders’ Summit being held in Hangzhou on September 4-5. His sentence originally would have expired on January 18, 2017.

Zhang is in poor health as a result of torture and mistreatment he suffered during years of detention. He has cervical spondylosis, a painful condition caused by the degeneration of joints in the vertebrae, and odontopathy (dental disease). Zhang is also unable to bend his right leg. According to his daughters, he developed an infection in his left eye in detention that threatened his vision, and it was unclear what kind of treatment he has received for it. Zhang’s lawyer Liu Xiaoyuan (刘晓原) applied for his release on bail in July 2013, but the application was turned down on the grounds that Zhang would be a “danger to society” if he were released. Liu made a second request in August in order to for Zhang to take care of his two young daughters and in light of his illnesses, but that request was also turned down.

Zhang Lin, born in 1963, graduated from Tsinghua University and began devoting himself to promoting democracy all over China in 1986 after leaving his job. He supported and participated in the 1989 pro-democracy movement and was sentenced to two years in prison. After his release, he spent a total of six years in Re-education through Labor camps, and another four years in prison for “inciting subversion of state power” for his continued activism on labor rights, democracy, and justice. Zhang was one of the initial signatories of Charter 08, a manifesto on human rights and democracy in China. His autobiography, A Pathetique Soul, recounts his journey as an activist and received widespread acclaim, including from the Chinese Independent PEN Center. According to his daughters, Zhang has suffered numerous illnesses from past detentions and his health is in decline.