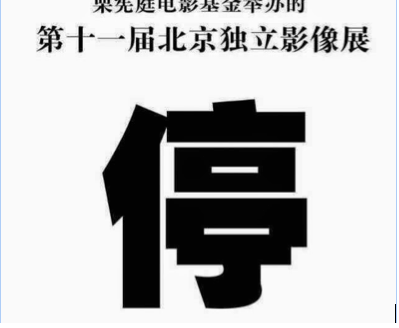 As the Summer Youth Olympic Games close today, at least 300 activists, petitioners, and online commentators have faced restricted movements, detention in “black jails,” forced “travel,” and interrogations in the host city of Nanjing and a dozen nearby cities and towns in Jiangsu Province. Rights Defense Network has reported on intensified police harassment and intimidation since late July, in the lead up to the games, which opened on August 16 and end today, on August 28. For example，

Guangdong police criminally detained 21 Buddhists during a series of raids targeting the Huazang Dharma group, starting in the evening of July 29 in Shenzhen, Zhuhai, and Shanghai. The group’s founder and leader, Wu Zeheng (吴泽恒) (aka Zen Master Xingwu 行武禅师), who has long promoted human rights, and 20 of his followers are being held on charges including “fraud,” “rape,” and “using an evil cult to undermine implementation of the law.” It is believed that the detainees are being held in a facility in Zhuhai. Police initially seized dozens of followers and interrogated them, including a 14-year old girl who was also given a gynaecology examination without a legal guardian present, despite repeated attempts by the girl’s mother to accompany her. From early August—and before the detainees were formally charged—coordinated state media coverage discredited the Buddhist organization, which was depicted as an “evil cult” whose members had been accused of crimes. Twenty-one lawyers representing the detainees have issued a statement protesting the violation of their clients’ legal right to presumed innocence before trial. Wu Zeheng (also referred in state media as Wu Mouheng, 吴某衡), 47, of Huilai County in Guangdong, had previously served 11 years in prison after writing an open letter in 1998 to senior party leaders calling for political reform. He was released in 2010 and has faced police harassment ever since.[2]

Two human rights lawyers are facing administrative penalties as a result of representing imprisoned human rights lawyer Mr. Ding Jiaxi (丁家喜). Judicial authorities in Beijing ordered a one-year suspension of legal practice to Mr. Cheng Hai (程海) for allegedly “disturbing court order,” while Mr. Sui Muqing (隋牧青) has been told he may face a half-year suspension at a minimum. Ding’s trial in April was marred by procedural irregularities and violations, including a violent beating of Cheng and the court’s expulsion of Sui Muqing, claiming that Sui lacked the “legal qualifications” to represent Ding prior to sentencing (see CHRD’s submission to the UN). The Beijing-based Ding Jiaxi, who has participated in the “New Citizens’ Movement,” is serving a three-and-a-half-year sentence at Beijing No. 2 Prison.

In addition, authorities at the Guangdong Department of Justice revoked the law license of Mr. Wang Quanping (王全平) on July 10, with Wang only learning of the punishment when he made an inquiry at the department on August 14. At the end of May, provincial authorities conducted the annual renewal of lawyers’ licenses. The Jiangmen City Justice Bureau sent Wang’s work certification to the provincial department, which decided to revoke it. Wang had previously made headlines when he drove from Guangdong to Beijing to attend Ding Jiaxi’s trial in a car painted with sarcastic messages about an anti-corruption campaign heralded by Chinese leaders, which led to his being detained for one month (see CHRD’s report).[3]

Authorities forced the cancellation of an independent film festival in Beijing, days after warning and threatening its main organizer, Mr. Li Xianting (栗宪庭). Li manages the Li Xianting Film Fund that supports the annual event, which was due to run from August 23-31 in Songzhuang, a village in suburban Beijing that has become a hub for young and provocative artists. Pressure on organizers intensified on August 19 when they were visited by national security officers and officials from the tax, education, and industry and commerce departments, who pressured the artists to cancel the festival. The fund’s artistic director, Mr. Wang Hongwei (王宏伟), and executive director, Mr. Fan Rong (范荣), were taken away by police on August 22 and held for six hours, and only released after being compelled to sign a guarantee promising to scratch the event. Officials cut the electricity supply around where the event was to be held, and announced an investigation into the festival’s fund for foreign ties. On August 23, police and unidentified thugs blocked off the event area. More than a hundred artists, writers, and scholars signed an open letter denouncing authorities’ actions as an attack on artistic freedom that violates Chinese leaders’ claims about upholding rule of law.[4]