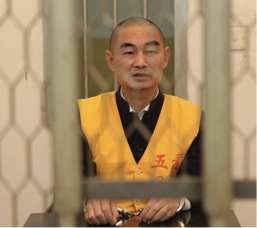 Police seized Yunnan-based activist Dong Rubin (董如彬), also known as Bian Min (边民), on September 10, 2013. His seizure came days after local authorities detained the former and current managers of his communications company and searched the company’s offices. Police raided his home and confiscated Dong’s computers and hard drives. Dong was initially charged with “falsely reporting registered capital,” but authorities added two new crimes several months later for which he was later prosecuted. Dong was interrogated frequently during a prolonged pre-trial detention. At trial, Dong told the judge that he was subjected to 7-8 hours of interrogation while chained to a chair for 70 to 80 straight days, including when he was sick and receiving medication intravenously. During interrogations, police intimidated him and made threats related to Dong’s colleagues and friends. Dong asked the court to remove the prosecutors handling his case to avoid a conflict of interest: the prosecutors who interrogated Dong about his online posting that questioned authorities’ handling of the suspects of the 2012 killing of Chinese citizens on the Mekong River were the same prosecutors who handled the Mekong case. In addition to handing down a lengthy prison term, the Court fined Dong 350,000 yuan (nearly US$ 57,000).

Born in 1962, Dong Rubin was formerly a secondary school teacher and later founded the “Yunnan Bianmin Cultural Communication Company,” an Internet consulting company. Dong has been an active blogger and online commentator; in 2009, his online posts helped lead to an investigation of the death of a man in a detention center, and he has often discussed issues such as environmental pollution and children’s rights. Dong is among dozens of individuals detained in a nationwide crackdown aimed at suppressing peaceful assembly, association, and expression, which began in earnest March 2013. He is the 13th person swept up in the crackdown to have been sentenced to prison.