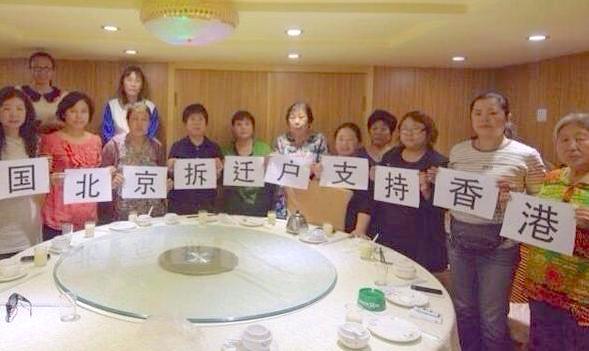 Into the second week of peaceful demonstrations in Hong Kong demanding universal suffrage, police across China have taken into custody dozens of activists, petitioners, artists, and other citizens who had posted messages online or gathered to show support for the protestors. The majority of the detentions took place in Beijing.

After reporting on a dozen cases last week, CHRD has now documented more than 40 cases in total, including 11 criminal detentions and two administrative detentions, along with 31 individuals who remain in police custody and at least three known to have gone into hiding. Police have harassed and intimidated countless others by visiting their homes and issuing warnings or taking them to police stations for questioning.

CHRD urges the Chinese government to immediately release the detained individuals and respect their constitutional rights and right to freedom of expression.

The most recent updates are below, organized by location:

10 activists (among those pictured here) have been criminally detained in Beijing for expressing support for the protests in Hong Kong.