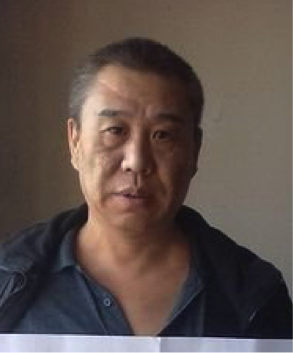 Xing Shiku, a petitioner from Heilongjiang Province, was seized in February 2007 from a guesthouse near Beijing’s South Railway Station. Authorities brought Xing back to Harbin City and forcibly committed him to Daowai District Psychiatric Hospital. Mr. Xing’s wife, Zhao Guirong (赵桂荣), complained about his commitment, which led to his momentary release on March 16, 2007. However, on that very same day, the director of the Daowai District Government’s Office for Letters and Visits led a group of thugs to seize Xing and send him back to the hospital, where he has remained ever since. Authorities who have ordered his detention have demanded that Xing stop petitioning, which he has refused to do. Doctors at Daowai District Psychiatric Hospital there have said that he does not suffer from any mental disorder. In order to keep him held against his will, hospital authorities have claimed that only local officials, who have committed him to the institution and assumed guardianship rights over Xing, can order his release.

In an interview that an activist conducted at the hospital on November 11, 2012, Xing stated explicitly that he had been subjected to abuses and tortured while being forcibly committed. He also had tried to escape but was seized and then tied up for several days and struck with electric pricks. In the video of the November 2012 interview, iron chains placed on Xing’s bedside are clearly visible, and Xing’s mental state appears healthy. The UN Working Group on Arbitrary Detention issued an opinion on May 20, 2014, that declared Xing’s detention “arbitrary,” and both called for his release and requested the Chinese government grant him compensation.

An individual familiar with the case revealed that Xing escaped from psychiatric detention in May 2015 but had then gone out of contact. In addition, his wife, Zhao Guirong, was also disappeared by police at some point in 2015, while she was trying to purchase a train ticket in Beijing. According to the same source, Zhao was eventually given a three-year prison sentence in retaliation for her advocacy activities, including for taking part in public assemblies in Qing’an County in Heilongjiang in support of her husband. Zhao Guirong is serving her punishment in Harbin City Women’s Prison and is due for release in October 2018.

Xing Shiku, born 1962, began to petition in 2006 to the local government in Harbin City, Heilongjiang Province about corruption and problems related to the privatization of the state-owned printing plant where he formerly worked. His wife, Zhao Guirong, has faced reprisals for contesting his involuntary commitment and mistreatment. Since March 2007, she herself has been put in “black jails”—makeshift, extralegal detention facilities—several times, and for a total of more than 300 days, and has been tortured. On November 1, 2015, Zhao was detained in Beijing for taking part in human rights protests and sent back to Harbin, where she was criminally detained on suspicion of “gathering a crowd to disrupt order of a public place.” Daowai District police then formally arrested her on charges of “picking quarrels and provoking troubles” on December 10. She is currently being held at Harbin City Detention Center.

Opinion No. 8/2014 (China) on Mr Xing Shiku, in Opinions adopted by the Working Group on Arbitrary Detention at its sixty-ninth session, 22 April – 1 May 2014, UN Human Rights Council (English version)   (中文)