May 9, 2016       Comments Off on Alert: Two Activists Sentenced to Prison for Peaceful Rallies 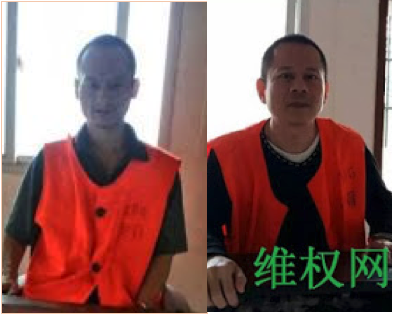 Two Chinese activists have been convicted and sentenced to prison in Hubei Province on May 9, 2016. Yuan Bing received four years and Yuan Xiaohua received three-and-a-half years over peaceful rallies that they attended in 2013. The Chibi City People’s Court convicted them on charges of “picking quarrels and provoking trouble” and “gathering a crowd to disrupt order of a public place,” after they were put on trial on April 19. Both had spent nearly three years in pre-trial detention, an extreme case in a familiar pattern of persecution that activists and human rights lawyers have been subjected to in recent years. Both have said they will appeal their convictions, describing the case against them as a “clear example of political persecution.”

CHRD denounces the convictions as the Chinese government is punishing the two activists for exercising their right to peaceful assembly that is guaranteed in the Universal Declaration on Human Rights and under Article 35 of China’s Constitution. The two had participated in peaceful demonstrations, made public speeches, and met local activists in nine cities before they arrived in Chibi City, Hubei. The aim of their “advocacy tour,” called “Enlightening China,” was to promote civic activism and spread ideas of democracy and rule of law. The indictment against them cited as evidence of a “crime” demonstrations where they advocated for press freedom, government transparency over top leaders’ personal wealth, and called on the government to ratify the International Covenant on Civil and Political Rights (ICCPR), which China signed in 1998.

CHRD calls for their immediate and unconditional release.

Yuan Bing and Yuan Xiaohua were initially administratively detained on May 25, 2013 on suspicion of “unlawful assembly,” but then criminal detained on June 8, 2013 on suspicion of “inciting subversion of state power,” and arrested on July 12, 2013. In January 24, 2014, they were indicted on new charges of “gathering a crowd to disrupt order of a public place.” In October 19, 2015, the procuratorate added the charge “picking quarrels and provoking trouble.” They spent 34 months in pre-trial detention, a flagrant denial of their right to a fair trial. Yuan Bing’s lawyer reported mistreatment of Yuan in detention by police and fellow inmates, but guards ignored his complaint.

n Bing (袁兵) (also know by screenname Yuan Fengchu 袁奉初):
Born in 1982 in Hubei, Yuan Bing moved to Guangdong Province and began to engage in pro-democracy activities in 2010. He travelled across China meeting activists and discussing strategies to move the democracy movement forward, and took part in the January 2013 demonstrations in support of the Southern Weekly newspaper outside its headquarters in Guangzhou along with the 2013 “Enlightening China” advocacy tour. Formerly a school security guard, Yuan lost his job after local authorities forcibly returned him to Hubei in 2012.

Yuan Xiaohua (袁小华) :
Born in 1972, Yuan was a teacher in Hunan before moving to Guangdong to work in the private sector, and where he began to get involved in organizing gatherings to discuss democracy and initiated a series of rallies in 2011. He took part in the January 2013 demonstrations in support of the Southern Weekly newspaper outside its headquarters in Guangzhou along with the 2013 “Enlightening China” advocacy tour. Due to his activism, he lost his job and local authorities forcibly returned him to Hunan on several occasions.