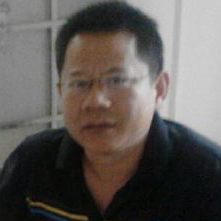 Crime: Picking quarrels and provoking troubles & gathering a crowd to disrupt order of a public place

Yuan Xiaohua was detained in Chibi City, Hubei with fellow activists Yuan Fengchu (袁奉初) and Huang Wenxun (黄文勋) in late May 2013 while on an “advocacy tour” that was intended to encourage civic activism and promote democracy and rule of law. Initially detained on “unlawful assembly,” Yuan’s charges were then changed to “inciting subversion of state power” when he was criminally detained and arrested, which were amended again in January 2014 when he was indicted on charges of “gathering a crowd to disrupt order of a public place.”

On March 13, 2014, Chibi City People’s Court held a pre-trial meeting for Yuan Fengchu, Yuan Xiaohua, and Huang Wenxun’s case, but did not hold a trial afterwards, to the suprise of the defence lawyers. Over a year later in October 2015, the procuratorate again changed the criminal charge, this time to “picking quarrels and provoking trouble.” Another pre-trial meeting was held on November 6, 2015. Yuan and Yuan Fengchu were tried by Chibi City People’s Court on April 19, 2016 on two charges, “gathering a crowd to disrupt order of a public place” and “picking quarrels and provoking trouble” and sentenced a month later. In November 2016, Yuan was released at the end of his sentence, with the period he spent in pre-trial detention counting towards his prison sentence.

Born in 1972, Yuan is a democracy activist based in Guangdong. He graduated from Hunan Normal University and became a teacher. He then moved to Guangdong to work in the private sector, and he began to get involved in organizing gatherings to discuss democracy and initiated a series of rallies. He has advocated on behalf of political prisoners and supported local democracy movements like the Wukan Village protests by farmers against corrupt officials in Guangdong in late 2011. Due to his activism, he lost his job as local authorities often retaliated against him by detaining and forcibly returning him to Hunan. In June 2012, he was arbitrarily detained for a month and subjected to torture, including being deprived of sleep for 6 days. He had been previously detained in April 2013 in Dongguan City in Guangdong Province for taking part in a rally calling for the release of other activists seized in the crackdown on peaceful assembly, association and expression.