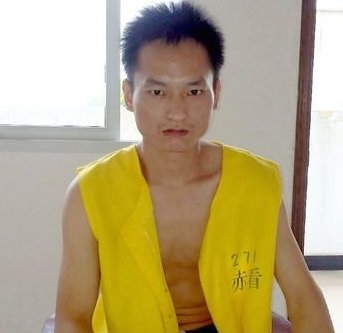 On October 3, 2017, officers from Chibi City Public Security Bureau took away Yuan Bing, Chen Jianxiong and Liang Yiming. The three had gone to the public security bureau the previous day to complain about the surveillance and harassment by officials from the local police station and town government officials. They were criminally detained on suspicion of “picking quarrels and provoking trouble” and held at Chibi City Detention Center. On November 11, 2017, Yuan Bing and Chen Jianxiong were formally arrested and Liang was released on bail. Yuan and Chen were repeatedly denied access to their lawyers.

On October 2, 2020, Yuan Bing was released from prison and returned home. On October 16, officers from the local police station forcibly cut his hair and took his blood sample, claiming to use that for DNA test. The officers also took his fingerprints and handwriting samples. When he confronted the officers and asked the reason for collecting his biometric data, the officers told him that they took order from above to collect the data as they consider Yuan Bing a “key dangerous person.”

Yuan Bing also disclosed that he was tortured in prison. His arms were hanged for seven days after he made some comments in the prison which almost left his arms disabled.

Crime: Picking quarrels and provoking trouble & gathering a crowd to disrupt order of a public place

Yuan Fengchu (aka Yuan Bing 袁兵) was detained in Chibi City in Hubei Province with fellow activists Yuan Xiaohua (袁小华) and Huang Wenxun (黄文勋) in late May 2013 while on an “advocacy tour” that was intended to encourage civic activism and promote democracy and rule of law. Yuan was first held for 15 days under administrative detention on “unlawful assembly” charges, before police criminally detained Yuan for “inciting subversion of state power” on June 8, 2013 and then formally arrested him on that charge on July 13. He was denied access to his lawyer until that October 8, 2013. Yuan reported mistreatment in the detention facility by a fellow inmate. His lawyer also observed during their first meeting a wound on Yuan’s head with 5-6 stiches that he sustained as a result of an attack by a fellow inmate. Detention center guards ignored Yuan’s complaints about abuse and failed to investigate the incident. Yuan also reported to his lawyer that police repeatedly threatened him during interrogations and that he had been forced to do manual labour in the detention center.

Born in 1982 in Hubei, Yuan moved to Guangdong Province and began to engage in activities promoting democracy since 2010. Yuan said he learned about Sun Yatsen’s Three Principles of the People and concepts of democracy from his grandfather and father when he was young. He travelled across China meeting activists and discussing strategies to move the democracy movement forward. Formerly a school security guard, Yuan lost his job after local authorities forcibly returned him to Hubei in 2012. Despite constant arbitrary detentions and violent retaliation, Yuan continued to protest peacefully on the streets on topics ranging from anti-corruption to ratification of the International Covenant of Civil and Political Rights from late 2012 until he was detained. He had previously been detained with activist Liu Yuandong (刘远东) in January 2013 while taking part in a demonstration in support of the Southern Weekly newspaper outside its headquarters in Guangzhou.