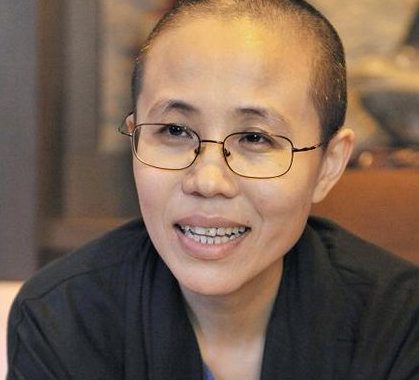 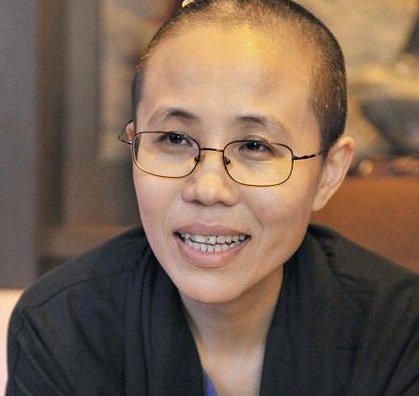 Liu Xia (刘霞), activist, poet and wife of Nobel Peace Prize winner Liu Xiaobo, lived under extralegal house arrest after her husband was awarded the Nobel Peace Prize, in October 2010. She remained under a state of deprived liberty until being allowed to leave China on July 10, 2018, when she flew to Germany. She was released after nearly eight years of government persecution and deprived liberty, and following persistent advocacy on her behalf by human rights groups and activists both inside China and abroad, as well as efforts by foreign governments and international human rights bodies.

Authorities initially put Liu Xia under police surveillance following her husband’s arrest in December 2008. After the Nobel announcement, police allowed Liu Xia to visit Liu Xiaobo in prison in Liaoning to tell him about the award, but then promptly put her under house arrest on her return to Beijing on October 11, cutting off her freedom of movement and expression. While under house arrest, she could only go out under escort by national security officers, and such trips were severely restricted to monthly monitored visits with her husband, weekly visits to her parents, and any occasional shopping trip. She was prohibited from seeing friends in “sensitive circles” and her telephone and Internet communications were shut off.

In May 2011, the Working Group on Arbitrary Detention (WGAD) found the house arrest of Liu Xia to be arbitrary and called on China to remove the restrictions on her movement and communications, but Chinese authorities refuse to free her.

While Liu was under police control, many supporters and journalists tried, though usually in vain, to try to see her, as the government aimed to cut her off entirely from the outside world. In 2012, two of Liu Xia’s friends went to her apartment building to try to visit her, but were told by a guard, citing “leaders’ orders,” that they could not see her. In December of that year, however, a group of journalists and activists managed on two occasions to evade the guards, who slept in cots outside her door, to briefly visit with her. On December 6, 2012, two Associated Press journalists conducted the first interview with Liu since her house arrest began. She reportedly was shocked to receive visitors and described her house arrest as “absurd.” She also reportedly said authorities cut off her visits with her husband in prison for over a year after the Nobel Prize announcement.

On December 28, 2012, five human rights activists evaded guards to briefly visit her, including Hu Jia (胡佳), who recorded the visit and put it online. She was allowed to make her first public appearance in April 2013 at her brother’s trial, where she reportedly shouted “I’m not free” to journalists. Her brother was sentenced to 11 years in prison and then paroled, in a case seen as an attempt to further pressure and punish Liu Xia and her family; authorities reportedly warned her that he will be sent back to prison if she speaks with activists, diplomats or journalists. In February 2014, a rare video was released of Liu Xia reading poems.

In early February 2014, police accompanied Liu Xia to a Beijing hospital because of symptoms of heart disease—reportedly diagnosed by doctors as a heart attack—and also a throat inflammation. The hospital stopped tests after just one day and sent her home, according to lawyer Mo Shaoping. Initially, doctors said she would be admitted for two weeks for comprehensive tests. On February 18, 2014, Liu Xia was hospitalized for the second time to undergo tests and treatment for a heart condition.

After her husband, Liu Xiaobo, was reported to be suffering from late-stage cancer in June 2017, authorities allowed the couple to have contact at the government hospital where the Nobel laureate was being treated. However, Liu Xia continued to be under tight controls and was not able to communicate with the outside world. After her husband’s death on July 13, 2017, Liu Xia was disappeared again, and brief videos of her released around that time did not disclose her location or condition. In late November 2017, activist Hu Jia reported that Liu Xia had had surgery for uterine fibroids in October or November, and he also said that Liu Xia’s depression was extremely severe.

While under house arrest, Liu Xia had mentioned to her lawyer her severe depression brought on by isolation and restrictions, but she did not want to see a psychologist, fearing that authorities may send her to a psychiatric hospital against her will. Police warned her family not to speak publicly about her health, and for years reportedly had refused to allow Liu to travel overseas for medical treatment prior to her departure from China in July 2018.

Chinese Government’s Use of Enforced Disappearance as Political Persecution, March 22, 2018

Opinions adopted by the Working Group on Arbitrary Detention at its sixtieth session, 2–6 May 2011 – No. 16/2011 (China) Liu Xia (English version) (Chinese version)