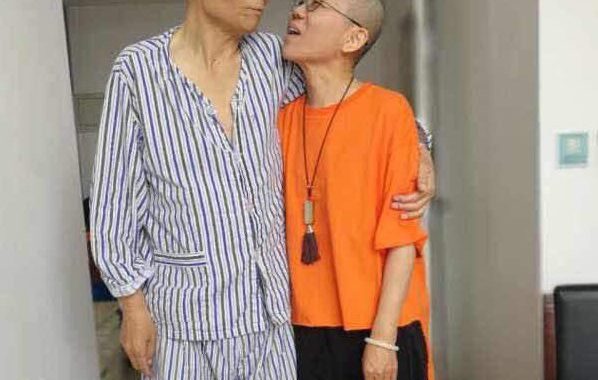 (Network of Chinese Human Rights Defenders – July 13, 2017) – We mourn the death of Liu Xiaobo, the Nobel Peace Prize laureate, poet, writer, and prisoner of conscience. Liu passed away from multiple organ failure today under police custody. Officials announced less than three weeks ago that Liu had been diagnosed with terminal liver cancer in May while serving the ninth of an 11-year prison sentence in Jinzhou Prison. The government transferred him to a hospital on medical parole when the cancer was late-stage and inoperable, but posted security agents to guard him. Against his own wishes, authorities refused to allow Liu Xiaobo to travel overseas to receive medical treatment and to die in a land with freedom. They strictly controlled the flow of information on his health condition, and barred his wife Liu Xia and other family members from speaking freely. 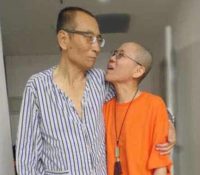 CHRD urges the international community to do everything possible to free Liu Xia, Liu Xiaobo’s wife and the love of his life. A poet and artist, she has never been accused, charged, or convicted of any crime. Yet since October 2010, she has been subjected to extra-legal restrictions on her movement, communications, and access to medical treatment. Liu Xia was diagnosed with a serious heart condition, and has developed severe depression due to her cruel treatment.

We demand that any Chinese officials complicit in the medical neglect of Liu Xiaobo in Jinzhou Prison, and in his repeated arbitrary imprisonment for exercising free expression, be held criminally accountable.

Liu Xiaobo, a poet and writer, was a leader in the 1989 pro-democracy movement and played a key role in Charter 08, the 2008 manifesto for democratization and human rights in China. The government imprisoned Liu after 1989 and then again in 2009, convicting him of “inciting subversion of state power” and sentencing him to 11 years in prison. In 2010, the Norwegian Nobel Committee awarded him the Nobel Peace Prize “for his long and non-violent struggle for fundamental human rights in China.” The Chinese government did not allow him to attend the ceremony, at which he was represented by an empty chair. Liu Xia has been under illegal house arrest ever since, and is also in need of medical treatment for a heart condition. Before his latest detention, Liu was the editor of the online journal Democratic China, and had served as the president of the independent Chinese PEN. Liu Xiaobo is the first Nobel Peace Prize winner to die in police custody since Carl von Ossietsky’s death in 1938 under Nazi Germany.

Liu Xiaobo’s vision for a free and democratic China will continue to inspire generations to carry on his unfinished peaceful struggle:

“I look forward to [the day] when my country is a land with freedom of expression, …where the political views that differ from those currently in power, in particular, will be fully respected and protected; …where every citizen can state political views without fear, and where no one can under any circumstances suffer political persecution for voicing divergent political views.”

Out of fear for these words, the tyrants in China persecuted Liu Xiaobo to death. However, Liu Xiaobo’s vision cannot be killed. As he said in his “final statement” at his trial, freedom of expression is “the source of humanity and the mother of truth. To block freedom of speech is to trample on human rights, to strangle humanity and to suppress the truth.”

CHRD will continue down the path of peaceful promotion of human rights and capacity building for rule of law and democratic change in China, as our honorary board member Liu Xiaobo envisioned.