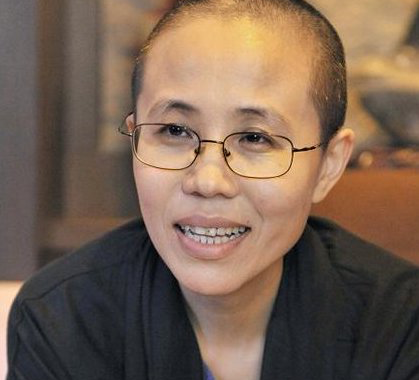 (The Network of Chinese Human Rights Defenders – May 31, 2018) – On this 29th anniversary of the Tiananmen Massacre, CHRD urges the Chinese government to end its decades-long gag-rule on the truth about the military suppression of the 1989 pro-democracy protests, and provide justice to victims, by taking at least one meaningful step: freeing Liu Xia (刘霞) from house arrest and letting her go abroad for medical treatment. 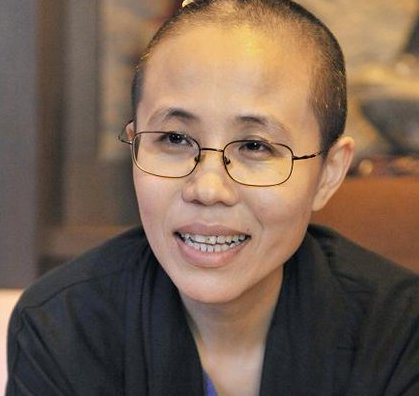 Liu Xia, 57, has suffered for years from severe depression and heart disease, and has been under house arrest since October 2010, when her husband, Liu Xiaobo (刘晓波), was awarded the Nobel Peace Prize. Liu Xiaobo, the writer and dissident, was an influential figure during the 1989 protests, and had been one of the most outspoken critics of government policies well before that time. After the Tiananmen Massacre, Liu largely devoted his life to demanding justice for victims. From 1989 until his death in custody in July 2017, authorities meted out retaliation against Liu Xiaobo by sending him to prison three times and to a Re-education through Labor camp.

Liu Xia has been deprived of her human rights to freedom of movement and the right to leave any country, including her own. The Chinese government is clearly violating this basic right, which is enshrined in the Universal Declaration of Human Rights (Article 13), by keeping Liu Xia under house arrest and denying her requests to go abroad for medical treatment. The Chinese government has claimed that Liu Xia’s case “is a matter that falls within China’s judicial sovereignty. She is a Chinese national (and) we of course handle the relevant issue in accordance with our laws and regulations.” China, as a member state of the United Nations and a member of the Human Rights Council, must be held accountable for failures to fulfill its obligations under the UN Charter and the UDHR to protect its citizens’ human rights. Liu Xia has never been charged with, or even suspected of, any crime. Holding her under house arrest or forcibly disappearing her for periods of time is illegal under Chinese law.

The international community must maintain pressure on China in calling for the release of Liu Xia, whose current whereabouts are unconfirmed. The governments of Germany and the United States renewed their public demands for her freedom in April. In early May, Liu’s friend, the exiled writer Liao Yiwu, released a recording of his phone conversation with her, providing evidence of the psychological toll of the government’s persecution on Liu, as her hope to go overseas has been repeatedly crushed. German Chancellor Angela Merkel reportedly raised Liu’s case during her recent trip to China.

We urge the European Union, its member states, and other governments to continue pressing for Liu Xia’s freedom at all levels of contact with Chinese government officials. Countries that have adopted human rights accountability laws, such as Canada, the United Kingdom, and the United States (which adopted the US Global Magnitsky Human Rights Accountability Act in 2016) must sanction the officials responsible for depriving Liu Xia’s freedom of movement and her right to travel abroad. Furthermore, the US Congress should move ahead with its proposal to rename the street in front of the Chinese embassy in Washington DC “Liu Xiaobo Plaza,” to honor his contributions in promoting human rights and democracy.

We further urge governments to issue joint statements during the UN Human Rights Council’s 38th session in Geneva in June, to denounce China’s systematic failures in fulfilling its membership obligations to protect human rights, including its cruel and inhumane treatment of Liu Xia, and seek accountability for China’s June 4th atrocities from 29 years ago as well as its gross and serious violations of human rights since 1989. Rights deprivations have only escalated under the leadership of President Xi Jinping in the past five years, as seen, for example, in the ongoing persecution of human rights lawyers in China.

Like with Liu Xia as well as Liu Xiaobo, the Chinese government has a pattern of depriving political prisoners of timely and necessary medical treatment, a form of torture identified by the UN Committee against Torture. Today, several 1989 pro-democracy protesters and activists who have long demanded justice for June 4th are in detention centers or prisons in China, suffering from serious medical conditions without getting adequate treatment. These individuals include Chen Wei, Chen Xi, Chen Yunfei, Li Xiaoling, Lv Gengsong, Qin Yongmin, and Tang Jingling.

Freedom for Liu Xia can be an important step by the Chinese government toward seeking accountability for the 1989 atrocities committed against peaceful demonstrators and civilians. Seeking justice for June 4th victims is a way to honor Liu Xiaobo’s legacy. Liu Xiaobo was a significant voice of moderation and support for the protestors on Tiananmen Square in the spring of 1989. A professor at the time, he strongly encouraged student protesters and state officials to enter into a dialogue, encouraging non-violence even after China’s leaders had ordered martial law and troops surrounded Tiananmen Square. Liu Xiaobo is credited, along with others, to having successfully negotiated with military commanders to allow hundreds of protesters to withdraw from the square on the eve of the massacre.

Read other CHRD work concerning the cases of Liu Xia and Liu Xiaobo: