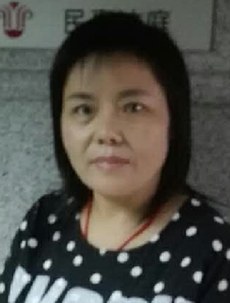 Shunde District police initially criminally detained Huang on November 27, 2015, on suspicion of “deliberately disseminating terrorist information” before formally arresting her on suspicion of “obstructing official duties” on December 31. On September 21, 2016, Huang was released, but continued to face deprivation of medical outside of detention due to pressure from authorities.

Huang was suffering from diabetes and cancer when she was first detained. Prior to being seized in 2015, she had undergone one surgery and two rounds of chemotherapy for her severe health problems; however, doctors at a Beijing hospital had recommended that she have yet another surgery and go through three more rounds of chemotherapy—medical interventions that she did not receive in custody. She was first granted a visit with her lawyer Liu Zhengqing (刘正清) on December 2, 2015, during which he learned she had gone on a hunger strike in protest over attempts by the police to force her to confess. (Huang has gone on two hunger strikes to protest her detention: once for seven days in November-December 2015 and the second time for 15 days in January 2016.) In reprisal for her shouting political slogans in detention, guards have refused to let her bathe, shackled her, hit her, and refused to let her take medication.

According to her husband, Wu Guisheng (吴桂生), her physical condition significantly deteriorated by late February 2016, and he expressed concern at the time that she may die in detention if she did not receive adequate medical care. Her eyesight had become so poor she could barely see, a direct result of the diabetes, and she had trouble walking. Wu reported that she was not getting effective treatment for cancer, and he and her lawyer applied for Huang’s release on medical bail. Following a March 2 visit, lawyer Liu reported her health was very poor, with complications arising from ineffective treatment of diabetes, including problems with her foot and her skin. He said that, despite her late-stage cancer, guards were forcing her to wear shackles. She had lost approximately 15 kilograms by this point.

During a visit on April 7, 2016, Huang told her lawyer, Shang Baojun (尚宝军), that she had recently undergone a medical examination which showed that the cancer had spread. She asserted that she had not been able to get adequate medical treatment in the detention facility, and that she thought her situation was critical. Though the detention center refused to provide Huang’s family a copy of her medical records, police gave lawyer Shang a formal refusal of a medical bail request. Dated April 3, 2016, the notice stated she did not qualify for medical release on the grounds that she may “collude” in criminal activity with someone on the outside.

Following her September 2016 release, Huang was examined at Sun Yat-sen University No. 1 Hospital in Guangzhou, with doctors creating a treatment plan on November 2, which included surgery on November 4 to be followed by chemotherapy. However, on the morning on November 3, doctors told Huang that the surgery was cancelled and she should leave the hospital. The next morning, she was again told by a doctor to leave the hospital, who reportedly told her that the head of the hospital said she could not receive the surgery and must immediately leave. The doctor told her there was nothing they could do, as the orders had come from the provincial government.

Huang Yan became involved in rights defense work after meeting prominent human rights lawyer Gao Shizheng (高智晟), himself a victim of torture while incarcerated, at an underground church in 2003. Ms. Huang advocated for Gao’s release after he was detained three years later. Due to her overall advocacy efforts, Huang has been subjected to numerous arbitrary detentions, house arrest, and disappearance. In retaliation for her activism, she suffered miscarriages on three occasions due to brutality by state agents; she was forced to undergo an abortion the first time, and she later miscarried twice due to severe beatings by police. As a result of this violence, Huang’s health deteriorated rapidly, and she eventually developed ovarian cancer. Despite government retaliation, Ms. Huang continued her advocacy efforts, such as going to Hong Kong to promote freedom for prominent activists and lawyers detained in China, including Guo Feixiong (郭飞雄), Xu Zhiyong (许志永), Tang Jingling (唐荆陵), and Ilam Tohti (伊力哈木).