August 28, 2017       Comments Off on China Must End Legalized Enforced Disappearances 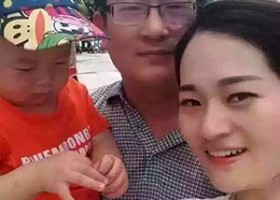 (Network of Chinese Human Rights Defenders – August 28, 2017) – To mark the International Day of the Victims of Enforced Disappearances on August 30, CHRD calls on the Chinese government to end the legalized practice of involuntary or enforced disappearance of human rights defenders and their family members by repealing “residential surveillance at a designated location.” The government must also urgently sign the International Convention for the Protection of Persons from Enforced Disappearance.

Under President Xi Jinping, government authorities have increasingly used a “legalized,” de-facto form of enforced disappearance. Under Article 73 of China’s Criminal Procedure Law (2012), police have the authority to hold individuals under “residential surveillance at a designated location” (RSDL) for six months. This means a person can be held secretly, in a place determined by police, with no access to their family or lawyers if authorities declare the individual is suspected of offenses related to “national security,” “terrorism,” and “bribery.” Police extensively applied Article 73 in the “709 Crackdown” in 2015-16, putting a total of 17 human rights lawyers and activists under RSDL. Seven of those individuals have since come forward with allegations that police tortured them in RSDL to force confessions or punish them, including through beatings, forced medications, and sleep deprivation. Three later confessed and pleaded guilty at their trials, raising alarms about abuses they alleged occurred during RSDL.

As defined under international law, an enforced disappearance occurs when government agents detain an individual and then refuse to disclose the person’s fate or whereabouts or acknowledge their deprivation of liberty, which places such individuals outside the protection of the law. The families of disappeared individuals experience mental anguish, not knowing where their loved ones are or if they are being ill-treated, and may themselves be exposed to danger for searching for the truth. In China, human rights defenders (HRDs) are at high risk of being disappeared by police, which also makes it more likely they will be tortured or subjected to other kinds of mistreatment.

One extreme case of enforced disappearance in RSDL is human rights lawyer Wang Quanzhang (王全璋). Authorities took him into custody and held him in a secret location from August 2015 until January 2016, after which he was formally arrested on suspicion of “subversion of state power” and moved to Tianjin No. 2 Detention Center. For more than two years now, Wang has never been allowed to meet with a lawyer of his or his family’s choice; the lawyers hired by his family were blocked from meeting him and then “forcibly fired” by authorities. His wife, young son, and parents, who have been denied all contact with Wang, have suffered collective punishment; for example, authorities have pressured landlords not to rent apartments to his family and blocked Wang’s son from attending school. Wang is awaiting trial in Tianjin.

Another victim is human rights lawyer Jiang Tianyong (江天勇). Jiang was put on trial last week on trumped-up charges of “inciting subversion of state power.” Hunan police detained Jiang in secret locations for six months after seizing him in November 2016 at a train station. Jiang’s treatment has been in reprisal for his campaigning on behalf of other disappeared lawyers in the “709 Crackdown.” During his first 25 days in custody, his family heard nothing from authorities about his whereabouts, and police also refused to file a missing person’s report. It was not until mid-December that his family learned from state media that Jiang was alive and in police custody, and not until late-December when they received a written notice that he had been placed under RSDL in a secret location.

Chinese police have also disappeared family members of persecuted HRDs as a form of collective punishment. One such victim is poet and artist Liu Xia (刘霞), who had been under illegal house arrest­—and barred from contact with the outside world—since her husband Liu Xiaobo won the Nobel Peace Prize in October 2010. Following his death on July 13, 2017, Liu Xia disappeared and her current location is unknown; recently released brief videos of Liu Xia do not disclose her location or her condition. She has never been accused, charged, or convicted of a crime.

In a similar case, the family of Zhao Suli (赵素利), the wife of detained democracy activist Qin Yongmin (秦永敏), have been searching for her for more than two years after police detained Zhao and her husband in January 2015. Her son said last summer that the family did not know if Zhao was alive, and the family had filed a lawsuit to try to find out where she was.

China must honor its Human Rights Council membership pledge to uphold the highest international human rights standards by signing and ratifying key international human rights treaties, including the International Convention for the Protection of Persons from Enforced Disappearance. In responding to recommendations other UN member states made during the 2013 Universal Periodic Review, the Chinese government said it does not have plans to ratify the treaty since it has enacted “related regulations,” but China’s domestic laws, such as Article 73 of the Criminal Procedure Law, go against the Convention. RSDL must be immediately abolished. The Chinese government has also refused to cooperate with the UN Human Rights Council’s Working Group on Enforced or Involuntary Disappearances: China has not responded to a request for a country visit by the Working Group. And, as of July 2016, China has refused to provide information about 41 cases of disappearance raised by the group of independent experts.