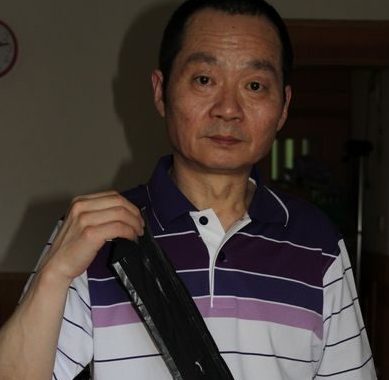 Length of Punishment: 4 years (plus 3 years’ deprivation of political rights)

Sun Lin, an independent journalist who has reported on human rights violations and the corruption of Chinese officials, was convicted of “inciting subversion of state power” and sentenced to four years in prison on December 25, 2018, after being tried the previous February. Sun, who has often written under the name “Jie Mu” (孑木), was reportedly punished for social media posts he wrote or forwarded about democracy and politics, and for shouting “Down with the Communist Party!” at an official meeting of party members in Nanjing. While relatives of Sun were present at his sentencing, Sun did not attend; he instead appeared in court via video link, as authorities claimed he was “emotionally unstable.” Like with other cases of persecuted rights defenders in China, Sun’s sentencing during the Christmas season was seen as a government attempt to limit scrutiny from international press and human rights stakeholders.

Authorities initially detained Sun on November 16, 2016, on suspicion of “picking quarrels and provoking trouble” for taking photos outside the trial of activist Wang Jian (王健) at Jiangning District People’s Court. That day, Sun was reportedly beaten by police officers and taken to Jinjin Village Police Station before being disappeared for several days. Sun was later arrested and indicted on a more serious charge, “inciting subversion.” Sun Lin revealed in a pre-trial meeting that he had been forcibly medicated during his detention.

Sun’s imprisonment in 2018 was his second lengthy criminal punishment, as he had already served a four-year sentence issued in 2008. In that case, Sun had been detained in May 2007, along with his wife, He Fang (何芳). They were charged with “gathering a crowd to disturb social order” and “illegal possession of firearms,” the latter charge apparently tied to statements by someone who claimed that he had given Sun and He air pistols. Sun was detained after authorities had warned him in March 2007 to stop what they said was “illegal reporting” on forced evictions at a Nanjing spice factory, among other topics. Sun and He were tried in May 2008 by the Xuanwu District People’s Court in Nanjing, which sentenced Sun to four years in prison. Sun revealedto his lawyers that he had been beaten in pre-trial detention, andthat police had tried to force him to confess to criminal acts. Sun was released in June 2011, after completing his full sentence. (He Fang was sentenced to fifteen months, but her term was commuted to 18 months’ probation, and she was released immediately after the hearing.)

Born in Nanjing on December 24, 1955, Sun Lin forged a reputation from the outset of his journalism career for exercising free speech that attracted the attention of authorities. In August 1998, he began working with a television station in Nanjing, which dismissed him for speaking too openly about “politically sensitive” subjects. He launched his own video channel in September of the same year, but authorities forced him to shut it down. In print media, Sun had been the editor of the Nanjing version of Business Times Today (今日商报) and edited Metropolis (大都市报), which he founded in 2000. After authorities forced Metropolis to close, Sun started to report for Boxun News (博讯新闻), a US-based website that reports on rights violations in China. He continued to report on social justice issues despite growing pressure and harassment by officials, culminating in his prison sentence in 2008.