China Detains a Former Prisoner of Conscience in Hospital

June 6, 2019       Comments Off on China Detains a Former Prisoner of Conscience in Hospital 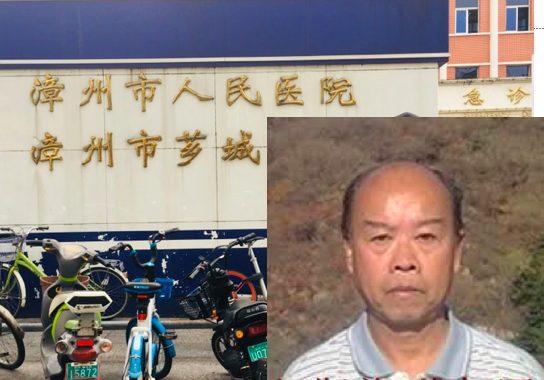 Ji Sizun in Serious Condition, Barred from Visits by Family and Lawyers

(Chinese Human Rights Defenders—June 6, 2019) Chinese authorities are accused of subjecting human rights defender Ji Sizun (纪斯尊) to torture by denying him adequate medical treatment in prison and now under extrajudicial detention inside a hospital. His family fears for his life. As he has been denied visits by family and lawyers at the hospital and his medical conditions remain largely unknown, we are seriously concerned that yet another death in police custody in China is in the making. We urge the Chinese government to immediately end the extrajudicial detention of Ji Sizun at the hospital, ensure his family and lawyers are fully informed of his medical conditions or any treatment, and provide prompt and adequate medical treatment to all prisoners of conscience who suffer from illnesses.

Depriving medicine is internationally recognized as a form of torture or inhumane and cruel treatment. Ji is one of 11 prisoners of conscience in China, according to CHRD’s medical watch list of prisoners of conscience, who have been subjected to this form of torture and mistreatment. Several of them died as a result of this pattern of treatment in prison or under police custody, including Liu Xiaobo, Cao Shunli, Yang Tongyan, and Tenzin Delek Rinpoche. In December, the UN raised alarm that detained citizen journalist and activist Huang Qi may die in detention unless afforded adequate medical treatment.

Ji Sizun is the 2019 recipient of the Cao Shunli Memorial Award for Human Rights Defenders in recognition of his long commitment to grassroots activism to promote human rights and provide legal assistance. According to Ji’s family, upon release from prison more than one month ago, Ji was practically in a coma and was directly moved to a hospital where police stood guard to keep out any visitors. Four plainclothes police officers have been stationed at his hospital room since he was admitted.

During the only bedside visit allowed on May 6, his family found him being fed via tube, connected to an intravenous drip, and extremely thin. He had trouble recognising his family members. Since that visit, authorities have blocked all family visits, though one of his sisters was allowed to view him through a glass window on May 24. She said he looked worse. He could barely move his head or his arms, and he appeared very weak and tired. His family has been given no information on his medical condition from doctors or authorities.

On June 5, the plainclothes police stationed at the hospital refused to allow Ji’s lawyer to visit with him or speak to hospital staff about his condition. The lawyer was only allowed to see him through a glass window. Authorities declined the lawyer’s request to visit Ji at his bedside.

Fujian authorities released Ji Sizun from Putian Prison into detention at a hospital on April 26, 2019 at his completion of a 4.5-year prison sentence on charges of “gathering a crowd to disrupt order of a public place” and “picking quarrels and provoking trouble.” Police initially seized Ji in October 2014 after he publicly supported the “Occupy Central” Hong Kong protests, and eventually convicted him in April 2016 on the two charges for helping petitioners to organize two protests in 2014. By June 2016, Ji’s health began to deteriorate in prison and he suffered a debilitating stroke in January 2018. Authorities denied lawyers’ request to grant Ji medical parole. In November 2018, Ji underwent bowel surgery. Upon his release from prison, authorities took him directly to the intensive care unit of Xiangcheng District Hospital in, Zhangzhou, Fujian.

Ji Sizun, born on December 10, 1949, is a Fujian-based activist who has for years defended the rights of disadvantaged groups—victims of forced eviction from land or housing, victims of government corruption and power abuse. He provided legal aid and offered training on using the law to seek accountability. Ji has been called a “barefoot lawyer,” a self-taught legal activist without a formal law license. In 2008, police detained Ji after he applied for a permit to demonstrate in an official Beijing Olympics “Protest Zone.” For this activity, he was convicted and sentenced to three years in prison on charges of “forging official documents and seals.” After his release from prison, Ji continued his human rights activism.