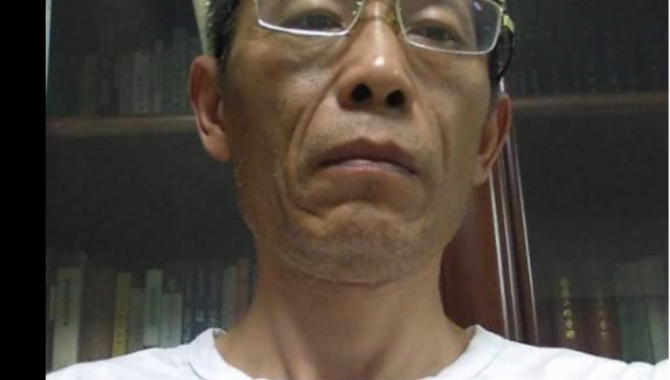 On May 15, 2019, Anhui police seized Shen Liangqing near his residence in the evening while he was walking his dog. Shen later told his lawyer that unknown men grabbed him and put a black hood over his head, making him believe he was being kidnapped, before police officers showed identification. Police confiscated Shen’s cellphone and computer, claiming “to preserve evidence for investigation.” The police then criminally detained Shen for “picking quarrels and provoking trouble” on May 16. On June 25, Shen’s family received the notification for his formal arrest from the Baohe Branch of the Hefei City Public Security Bureau in which it said Shen had been formally arrested for the same charge on June 20.

A lawyer hired by his family first visited Shen on May 28. The national security police officers from Hefei City Public Security Bureau tried to pressurd Shen to dismiss the family-hired lawyer and said they will assign a lawyer to represent him, but Shen refused. On August 29, Shen’s lawyer together with his family members met with Shen at the detention center for 20 minutes. During this meeting Shen mentioned during the meeting that he was taken back to his home on July 25 to “verify the crime scene”. Shen also said he had written a letter to the family on July 19 but the investigation unit censored his letter and the family eventually did not receive it. Prosecutors indicated to Shen’s family that his detention is based on 18 posts on his Twitter account expressing his opinions. Hefei police officers examined several electronics belonging to Shen while he was in custody and eventually returned them damaged to his family.

Shen’s lawyer Liu Hao said he visited Shen in the detention center in September 2019 and that Shen’s case had already been transferred to the procuratorate for consideration of indictment. The last lawyer’s visit occured in November 2019. Since February 2020, all meetings have been denied on coronavirus grounds as of June 2020, according to CHRD’s sources.

An remote video trial was scheduled for January 13, 2021 due to the pandemic but cancelled after Shen filed an application for the hearing to be held in person. On February 2, 2021, Shen went on trial, which was not open to the public on the grounds that there were state secrets involved. Shen Liangqing was sentenced on November 17, 2021 to three years on the charge of “picking quarrels and provoking trouble”. He is scheduled to be released on May 16, 2022.

Shen Liangqing’s lawyers argued that Shen never posted any false information, and that while his opinions and views may not have been correct, they did not constitute “picking quarrels and provoking trouble”. They also argued that the court unlawfully did not exclude unlawfully extracted evidence. However, the court ruled that Shen’s use of Twitter and Facebook constituted “picking quarrrels and provoking trouble” since he had distorted the nature of major national historic affairs, created an impression that the government monopolized power, spread false information related to torture, and created and spread false information about sensitive social issues. The court stated that on Twitter he had written 42 such posts and retweeted 258 tweets, garnering 551 likes and 470,302 impressions. On Facebook, he had 13 such posts, and 16 reshares, garnering 130 likes. This disrupted and destroyed public order, the court verdict said.

Shen Liangqing, born October 6, 1962, is a writer, netizen, and activist who had frequently used social media to comment on human rights issues in China. He had been involved in pro-democracy advocacy since 1984, including in China’s pro-democracy movement in 1989, during which he organized student demonstrators in Hefei City, Anhui Province. Shen served as a procuratorate official in Anhui Province from 1984 until 1992, when he was issued an 18-month prison sentence for “inciting subversion of state power” as a form of government retaliation for his activities tied to his 1989 advocacy. Shen was also detained for nine days in 2015, for allegedly spreading “false information” online about a deadly chemical factory explosion in Tianjin Municipality that resulted in mass casualties and injuries.

Suppression Ahead of 30th Anniversary of Tiananmen Massacre, CHRD, May 30, 2019