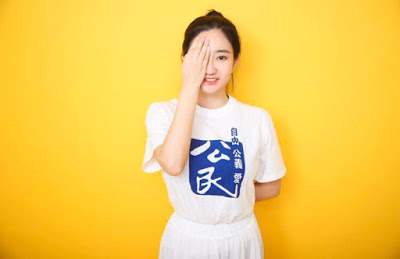 Place of Incarceration: A hospital run by police in Linyi city in Shangdong Province

Li Qiaochu, a Beijing activist focusing on women’s and labor rights, was taken into custody in the early morning of February 16, 2020, and then forcibly disappeared. Both her location and case details, including any criminal charges, remain unknown. Li’s case is believed to be linked to her human rights activities and ties to her boyfriend, the prominent professor and activist Xu Zhiyong (许志永). Li was seized from Xu’s residence in Beijing, and just hours after Xu himself had been taken into custody in Guangzhou in Guangdong Province.

Authorities have blocked Li’s lawyer, Song Yusheng (宋玉生), from learning any information about her, claiming that her case “involves national security.” Li’s family reportedly has not received documentation on her detention or other compulsory measures taken against her. The family has been under pressure from authorities, which is believed to have made them hesitant about communicating with lawyer Song. Li suffers from depression, and it is unknown whether she has had access to prescribed medication for treating it, and her disappearance leaves her vulnerable to ill-treatment, including torture.

On February 25, 2020, lawyer Song went to Haidian District Detention Center to try and find out where Li is being held. Staff there directed Song to the unit that had been in charge when Li was brought to that detention center for 24 hours for questioning for “picking quarrels and provoking trouble” on December 31 during a period when police were trying to find Xu Zhiyong. (Xu had gone into hiding that month after police had summoned or detained a group of activists and lawyers, including Xu, who had attended a gathering in Fujian Province in early December.) She was handcuffed during interrogation. Li posted online about her interrogation and called on others to support those detained after the gathering in Fujian.

Song was unable to ascertain who was handling Li’s case, since such authorities at the Haidian detention center could not or would not identify the personnel; in December, Li had been interrogated there by unknown national security officers, and she was not allowed to keep the summons notice, nor given any written notice of charges against her. Lawyer Song also called the detention center in Changping District, which said that no one by Li’s name was in their system. In addition, Song asked about Li at Beijing No. 1 Detention Center, where the lawyer was told that visitors were not being allowed due to the COVID-19 outbreak, but authorities there did not say whether Ms. Li was detained in the facility. On April 21, lawyer Song went to inquire about Li at the Changping District Sub-Branch of Beijing Public Security Bureau, but police there said that they did not have information and that superiors were handling her case. On June 18, 2020, Li was released on bail.

Before being seized, Li Qiaochu had been repeatedly harassed by national security and public security officers due to her participation in civil society activities. Beginning in early December 2019, a national security duty was stationed everyday outside Li’s residence, monitoring her movements.

Up to the time of her disappearance, Li had been active in responding to the COVID-19 outbreak developments in China. Li tweeted on January 24, 2020, about Chinese authorities’ attempted cover-up, and called for accountability for officials responsible for lost lives. Li also joined a volunteer team in Beijing that handed out free masks to sanitation workers, helped pregnant women in quarantine to find doctors, and organized volunteers to help women vulnerable to domestic violence.

On 6 February 2021, a Beijing police officer with the surname of Guo asked Li Qiaochu to come out and talk (约谈) with him, but then, in a surprise move, Li Qiaochu was taken away by police officers from Linyi, Shandong, where Xu Zhiyong is also being held. Li’s parents were then told to come to the Yuqiao police station in Beijing to sign a detention notice, which they were not allowed to read. Li’s father saw that the notice said that she was being held on the charge of “subversion.” He refused to sign.

Li Qiaochu’s last tweet went out on 5 February 2021, just one day before she was taken away by police. In it, she made public the details about the torture that Xu Zhiyong sustained while in detention. During mid-May of 2020, police allegedly tied Xu Zhiyong’s legs and hands firmly to an interrogation chair, which led Xu to have some difficulties in breathing. According to Li, during this period, Xu was frequently deprived of adequate drinking water or food.  He was only allowed to eat one mantou (a bland Chinese bun) per meal, causing him to go hungry. Xu said that the detention center did not provide proper heating equipment or hot water, causing severe cold in the winter. And he was only able to take 2-3 cold showers per month. Xu told his lawyer that he was also subjected to sleep deprivation.

Before being detained, Li Qiaochu posted many tweets that were critical of the abusive, inhumane, and unlawful ways in which the Linyi detention center in Shandong mistreated Xu Zhiyong and another human rights lawyer Ding Jiaxi.

She was arrested on the charge of “inciting subversion” on March 15, 2021.

While in detention, Li Qiaochu has suffered from medical issues, including depression, weight gain, and hallucinations. Most recently in 2022, she was allowed to go to a hospital on two occasions, and the doctors increased her medication for hallucinations. However, since the treatment has not been systematic, she has suffered missing periods and puffiness as a side effect.

Li Qiaochu’s mother has applied for bail on medical parole on ten occasions, but has been denied each time.

Born on January 13, 1991, Li Qiaochu has concentrated her advocacy on women’s rights and issues affecting migrant workers. A graduate of Renmin University, Li also earned a master’s degree in public policy from the University of York in England in 2015. She went on to work as a research assistant at Tsinghua University, analyzing China’s pension system and other policy issues. In late 2017, she helped evicted migrant workers in Beijing suburbs find places to live and jobs following a “clean-up campaign” in which authorities ordered the demolition of the laborers’ housing. In 2018, Li became active in China’s #MeToo movement, collecting cases of sexual harassment and using social media to publish reports and call for justice for victims.

CHRD Follow-Up Communiqué Alleging Torture or Cruel, Inhumane or Degrading Treatment or Punishment of former Chinese lawyer Ding Jiaxi, activists Xu Zhiyong, Li Qiaochu, and lawyer Chang Weiping during periods of their Enforced Disappearance and Arbitrary Detention in reprisals against them for Exercising their Freedom of Expression, Peaceful Assembly and Association, April 2, 2021, CHRD

Li Qiaochu, “Accused of ‘Inciting Subversion’ and Held for 120 Days is Residential Surveillance at a Designated Location” (李翘楚：被连坐煽颠、指定监视居住的120天), November 9, 2020 (Chinese only)