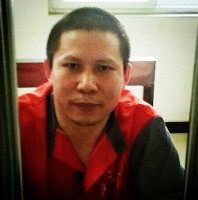 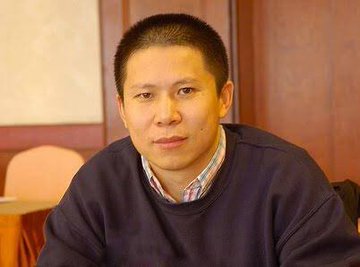 Police detained legal activist Xu Zhiyong on February 15, 2020 from a friend’s home in Guangzhou. Xu had gone into hiding on December 26, 2019 after Shandong police launched a crackdown and summoned and detained a group of activists and lawyers across China for attending a private gathering in Fujian Province held on December 7-8, 2019. Also detained in the crackdown are lawyer Ding Jiaxi and activists Dai Zhenya, Zhang Zhongshun, and Li Yingjun. While Xu was hiding from police he penned an open letter calling on Xi Jinping to resign.

On February 24, 2020, Xu’s family were notified that he had been put under “residential surveillance at a designated location” (RSDL) by Beijing national security but were not told what crime Xu had been accused of committing. Under RSDL, police can hold Xu in a secret location for up to six months with access to a lawyer dependent on police approval. On March 7, Xu’s sister was informed by the director of Dongxiaokou Police Station in Changping District, Beijing that Xu is suspected of “inciting subversion of state power” and under RSDL. He told her this is a “major case” handled by the municipal public security bureau and that it is unlikely Xu will be granted a meeting with his lawyer during the investigation period.

On June 19, 2020, Linyi City police formally arrested Xu Zhiyong, according to his sister, who received a phone call from police on June 20. They did not inform his sister of the crime or his detention location, but Xu’s lawyer later confirmed the information and the family received an official notice on June 30. Xu’s two lawyers were denied meetings with him following the arrest, receiving two notices dated June 29 and July 9 that the visits were denied on “national security” grounds.

In January 2021, it was learned that the criminal charges had been changed from “inciting subversion” to the more serious crime of “subversion”.

In August 2021, both Ding and Xu were indicted. The indictments against Ding and Xu accuse them of forming the “Citizens Movement,” creating a Telegram group chat, and organizing the December 2019 Xiamen meeting. The indictments also point to both men’s writing—such as essays and articles—as “evidence” of their crimes. The UN Working Group on Arbitrary Detention has issued opinions deeming the detentions of Xu and Ding to be arbitrary under international law, and has called for their immediate release.

Xu’s girlfriend Li Qiaochu (李翘楚) went missing since sending out a message to friends on February 16, hours after Xu was captured in Guangzhou, that police were at the door. She was forcibly disappeared until her release on bail in June 2020.

It emerged that Xu would go on trial on June 22 at the Linshu County Court.

Xu Zhiyong (许志永), a prominent Beijing professor and rights activist, had his home searched and personal properties confiscated by police before he was taken away in July 2013. Before that, Beijing police had subjected Xu to unlawful house arrest for over four months. One of his lawyers has consistently been denied access to visit Xu and was reportedly beaten. Xu Zhiyong appealed, and a second instance trial was held on April 11, 2014 at Beijing Municipality High People’s Court. The court upheld the original verdict. Xu served out his entire sentence before being released in July 2017.

Born on March 2, 1973, Xu founded the “Open Constitution Initiative” (Gongmeng, 公盟), a pro-democracy movement which later spawned the “New Citizen’s Movement,” a loose grouping of human rights defenders advocating for democratic and rule-of-law reforms, constitutionalism, human rights, and social justice. Many members of the movement and associates of Xu have been detained in the crackdown against free assembly, association, and expression that has taken place in China since the spring of 2013. Since starting his rights activism in 2003, Xu has promoted non-violence, defended individuals unjustly sentenced to death, drafted legal reforms, and provided legal consultation and other forms of assistance to homeless petitioners. For his many efforts in rights defense, Xu has been beaten, threatened, and arbitrarily detained by authorities.

CHRD Follow-Up Communiqué Alleging Torture or Cruel, Inhumane or Degrading Treatment or Punishment of former Chinese lawyer Ding Jiaxi, activists Xu Zhiyong, Li Qiaochu, and lawyer Chang Weiping during periods of their Enforced Disappearance and Arbitrary Detention in reprisals against them for Exercising their Freedom of Expression, Peaceful Assembly and Association, April 2, 2021, CHRD

Eight UN Special Procedures Inquiry to China on Violations of Rights of Xu Zhiyong, May 7, 2020

What’s Behind the New Chinese Crackdown?, July 29, 2013, The New York Review of Books