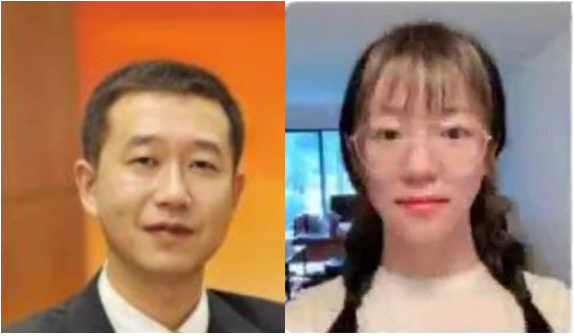 Details of Torture in Chinese Detention Facilities in 2 HRD Cases

Detained activist Ding Jiaxi (丁家喜) was allegedly tortured while held under “residential surveillance at a designated location,” according to his wife Luo Shengchun (罗胜春). Yantai City police in Shandong Province detained Ding on December 26, 2019 and put him under RSDL in an unknown location on suspicion of “inciting subversion of state power.” On June 19, 2019 Linyi City police formally arrested him and he is now held at Linshu County Detention Center in Shandong. Luo reportedly received information from a source that police subjected Ding to sleep deprivation with blaring noise and 24-hour fluorescent lights while held in Yantai. She further revealed that reportedly over 100 police officers have been assigned to the case, which centers around a private gathering in Xiamen City on December 7-8, 2019. Fellow attendee Xu Zhiyong (许志永) has also been formally arrested. Police released other attendees on bail following nearly six-month enforced disappearance.

In another recent case, activist Wang Yifei (王一飞) detailed torture and mistreatment at Nanchang Hongdu Prison, where he served a two-year prison sentence on “picking quarrels” charges for putting up pro-democracy slogans. The prisoners were beaten, held in solitary confinement where they were tied to stools for days, forced to work, even if sick, received inadequate and poor quality food, and lived in unsanitary conditions.

Xindongfang School in Beijing fired its teacher Wang Cheng following an online monitoring report for his comments made during a lesson a few years ago on the Korean War. On July 14, 2020, an online video of Wang teaching a lesson in 2013-2014 included the comment: “Our history was fabricated. The war against the United States and in support of North Korea was an invasion initiated by China, which was universally recognized. Russians made Chinese become the cannon fodder.” On the next day, Xindongfang School issued a statement stating that it had terminated the teacher’s contract on July 14 and apologized to the public.

Teachers in Hong Kong have also recently experienced retaliation against their support of dissenting views against the Hong Kong government, including being reprimanded, warned or contracts terminated for being accused of “on suspicion of illegal use of or using inappropriate teaching materials.” Hong Kong’s Secretary for Education Kevin Yeung Yun-hung also said during an interview with “Shanghai Observer” that he would punish “teachers in question”, including stripping their teaching qualification. Some teachers in Hong Kong who supported the anti-government protests—either on the streets or on social media—were reprimanded and in some cases fired.

University of Chinese Academy of Sciences expelled graduate student Ji Ziyue (季子越) on July 19, 2020 for writing comments about the Nanjing Massacre on overseas social media platforms while in the United States. The university claimed the statements “harmed the national interests and honor of the motherland.” According to the university, fellow students reported Ji on June 27 for making “inappropriate” statements. Ji had travelled to the US on January 13 during the winter holidays and remained there during the COVID-19 outbreak and participated in the spring semester course online. She returned to China on July 8. According to the university statement, between March and June, Ji “repeatedly made erroneous remarks involving the Nanjing Massacre on overseas social platforms.”