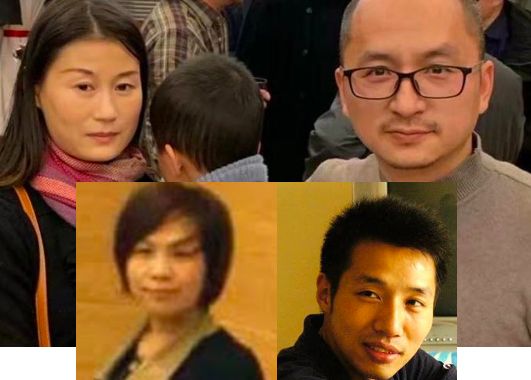 Hubei activist and blogger Liu Yanli (刘艳丽), 45, lost her appeal against the 4-year prison sentence handed down in violation of her right to freedom of expression. Jingmen City Intermediate People’s Court upheld the original conviction and sentence on August 26, 2020. Liu had been convicted and sentenced on April 24, 2020 by Dongbao District Court in Jingmen City for “picking quarrels and provoking trouble”. Liu Yanli was formerly an employee at a bank in Jingmen City, Hubei province and a blogger. In recent years, she has repeatedly posted comments online calling for support for the army veterans who fought during the Anti-Japan (Second World) War. She also called for disclosure of officials’ assets. She established over 160 WeChat groups to raise awareness about social justice issues.

The dissident poet Wang Zang (王藏), 35, had been formally arrested on July 3, 2020 on charges of “inciting subversion of state power,” according to new information reported on September 6. Yunnan police had initially seized Wang, whose real name Wang Yuwen (王玉文), on May 30, 2020, from his home in Chuxiong City and he has been incommunicado ever since. His wife Wang Li (王丽) (real name Wang Liqin王莉芹) was arrested on the same charge on July 24. Wang Li went missing in June 2020 after she tweeted about Wang Zang’s detention. Wang Zang is currently detained in Chuxiong City Detention Center while Wang Li is detained at Chuxiong Prefecture Detention Center. Their parents are taking care of their four young children.

Guangdong authorities secretly tried and sentenced labor activist Ling Haobo (凌浩波) and transferred him to Heyuan Prison, according to information released on September 2, 2020. The details of the trial, including the crime, are unknown. Ling’s family did not receive the verdict and do not know the length of the sentence. On August 4, 2020, Ling called his father from the prison and asked him to deposit money into his prison account. It was the only time Ling was able to contact his family in the past few months. His family did not receive any notification about the trial despite claims from Heyuan police that they sent the notice to Wuhan where Ling’s residential status is registered. On June 19, 2019, Guangdong police seized Ling from the Huadeng Toy Products Limited Company factory in Heyuan City where he had been working. They criminally detained him the next day for “picking quarrels and provoking trouble.” He was arrested on the same charge. Ling’s real name is Ling Jianhua (凌建华) and he had been tweeting from @52ling.

Anhui activist and citizen journalist Wang Linlin (王琳琳) has still been waiting for an appeal hearing against her nine-year sentence for “extortion” and “picking quarrels and provoking trouble” handed down by Yingshang County Court in Anhui Province in August 2019. Police in Anhui seized Wang from a guest house in Yingshang County and criminally detained her on the charge of “extortion” in April 2018. She had posted online information about an incident where local police beat protesters against forced eviction in Xiaqiao Town in Yingshang County which led to two elderly persons committing suicide. She was formally arrested the following month. Wang is currently detained at Fuyang Women’s Detention Center in Anhui. She is a website administrator in Anhui and a popular Weibo user.