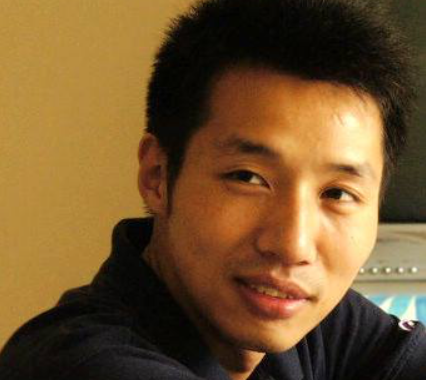 Guangzhou Baiyun District police took labor activist Ling Haobo (凌浩波) away for interrogation on May 29, 2019 after he tweeted his support for fellow activist and independent film maker Deng Chuanbin (who was detained ahead of the 30th anniversary of the Tiananmen Massacre). He was forcibly returned to his hometown in Hubei Province, though Ling returned to Guangzhou on June 14, 2019. Afterwards, his landlord in Baiyun District informed him that he needed to move at the request of the police.

On June 19, 2019, when Ling was working at Huadeng Toy Products Limited Company factory in Heyuan City, Guangdong province, Heyuan police seized him and later criminally detained him on an unknown date on suspicion of “picking quarrels and provoking trouble”. The Yuancheng Branch of Heyuan City Public Security Bureau then placed him under “residential surveillance in a designated location” (RSDL) on July 20, 2019, for the same charge. Under China’s Criminal Procedure Law, RSDL should only be used in cases involving national security, terrorism or serious bribery, however Ling had been accused of a public security crime.

Heyuan City Procuratorate approved the formal arrest of Ling on November 22, 2019 on charges of “picking quarrels and provoking trouble.” Authorities accused him of retweeting sensitive information about Deng Chuanbin and the “June 4th Wine Bottle” case. The procuratorate indicted him on January 3, 2020. The indictment alleged that since 2010 he used overseas social media platforms Twitter, Facebook and Flickr to “post and repost information attacking, defaming and insulting party and state leaders and criticizing the country’s political system”.

Ling was put on trial and convicted on an unknown date by an unknown court in a secret trial. Ling’s family did not receive any notification about the trial, nor they were informed the length of punishment imposed on Ling, the trial date or where the trial was held. Ling called his father from Heyuan Prison on August 4, 2020 and asked him to deposit some money into his account in the prison. This was the family’s first contact with him for over nine months since he had been formally arrested in November. His family only realized at that point that Ling had been secretly tried and transferred to the prison from Heyuan City Detention Center.

On October 27, reports emerged that Ling had been handed a prison sentence of 18-months, which is set to expire on March 19, 2021. Under Chinese law, the period of time under RSDL only partially counts towards the prison sentence, though time in pre-trial criminal detention counts towards time served. Ling’s family still have not recieved a verdict from authorities.

Ling, whose real name is Ling Jianhua (凌建华), was born in 1986. He has spoken out online about human rights issues for many years, including supporting human rights defenders Deng Chuanbin and the four men involved in the June 4th wine bottle case, as well as the 2019 Hong Kong protests.