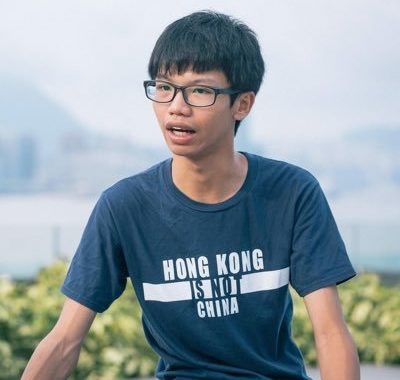 (Chinese Human Rights Defenders—October 29, 2020) Hong Kong authorities must release student activist Tony Chung (鍾翰林), who has been charged with secession under the National Security Law. The charges against Chung, a former member of the group Studentlocalism, are related to posts he made on social media platforms and his advocacy, in violation of his fundamental rights to freedom of expression and association. Chung has also been charged with two counts of money laundering, and conspiracy to publish seditious material. Tony Chung appeared before West Kowloon Magistrates Court on October 29, two days after being seized by police. He has been denied bail and the case is adjourned to January 7, 2021. Under Article 21 of the National Security Law, an individual convicted of “inciting secession” faces up to 10 years in prison.

Tony Chung became the second individual charged under the National Security Law while Tong Ying-kit (唐英傑), who rode his motorcycle into a group of police officers during a protest on July 1 while carrying a flag bearing the popular protest slogan “Liberate Hong Kong; revolution of our times”,  was the first one charged under the law. Three constables were said to have suffered serious injuries in the incident.

Hong Kong Police Force picked up Tony Chung, 19, at a coffee shop near the US Consulate in Hong Kong, where he had reportedly planned to seek asylum, and held him at Central Police Station. Chung, and fellow former Studentlocalism activists Ms. Yanni Ho (何忻諾), 17, and William Chan (陳渭賢), 21, had all been ordered to report to police stations on October 27; police arrested Ho at Tin Sum Police Station and arrested Chan at Tuen Mun Police Station. Studentlocalism announced that police released Yanni Ho and William Chan on bail around 12:30am on October 28. Studentlocalism was a group which previously advocated for independence for Hong Kong. It was disbanded on June 30, hours before the Beijing-imposed law came into effect. It dismissed all members in Hong Kong and said only its overseas chapters in Taiwan, the United States and Australia would continue to operate.

Hong Kong police also reportedly arrested a man surnamed Ma (馬) on October 28 after he held a placard and chanted slogan supporting Hong Kong independence outside the Central Police Station while Tong Chung was being held inside.

Local media reported that four other unidentified individuals tried to seek asylum at the US Consulate on October 27 but they were reportedly turned away. Shortly before and after the National Security Law came into force, a number of prominent young activists fled overseas. The activists were concerned they would be the targets of the government’s crackdown on free expression and that the government would use their cases as an example to scare off other activists in the city.

The National Security Law, imposed on Hong Kong by China’s legislature on June 30, criminalizes the rights to freedom of expression, association and assembly under the guise that non-violent words or conduct may “endanger national security.” In September, seven UN independent human rights experts raised concern that measures in the law “do not conform” with China’s international legal obligations under the Universal Declaration of Human Rights and the International Covenant on Civil and Political Rights, which has legal force in Hong Kong under Article 39 of the Basic Law.

The latest arrests reinforce the urgent need for the United Nations to create an independent international mechanism to address the Chinese government’s human rights violations, as called for by over 300 NGOs and over 50 UN independent human rights experts. In early October, 39 countries spoke out at the UN over concerns about the National Security Law, but days later China was re-elected to sit on the Human Rights Council despite a clear lack of qualifications. The international community must act to hold China accountable for its human rights violations in mainland China, Hong Kong, Tibet, Xinjiang.