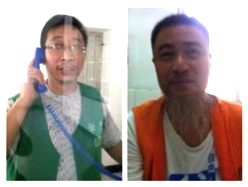 Rights of the Child

Yunnan-based rights activist Bian Min (边民), the founder of the “Yunnan Bianmin Cultural Communication Company,” was criminally detained on September 10 on suspicion of “falsely reporting the company’s registered capital.” The company’s former manager Su Lin (苏林) and current manager Hou Peng (候鹏) recently had been taken into custody. Su is being held at the Wuhua District Detention Center on the same charge as Bian, and Hou was given a 15-day administrative detention for “gambling.” Bian has helped investigate several prominent cases of rights violations in the past few years, and the recent detentions may well be retaliation for his activism.[1]

On September 9, China’s highest judicial authorities—the Supreme People’s Court and Supreme People’s Procuratorate—issued an interpretation of the criminal code, specifying conditions under which “spreading rumors” and “defamation” online would be subjected to criminal punishment. Outlining criteria that appears arbitrary and open to abuse, the authorities stated that any “rumor-spreading” or “defaming” online post, if it has been clicked or viewed at least 5,000 times, or re-posted at least 500 times, would be considered a “serious offense,” and its author would face imprisonment for up to three years (Article 246 (1) of China’s Criminal Law).

The interpretation, which went into effect on September 10, specifies seven situations where online activities would be identified as “severely harming social order and national interests.” The situations include “causing negative international influence,” “harming the state’s image and severely endangering national interests,” “inciting ethnic and religious conflicts” and “initiating mass incidents.” In such perceived cases, the procuratorate can even bring criminal charges of defamation on its own (in line with Article 246 (2) of the Criminal Law), instead of handling a case upon an alleged aggrieved party’s request. In addition, the judicial interpretation provides that online activities that allegedly disturb social order can be punished with up to five years in prison in accordance with Article 293 of the Criminal Law.[2]

In late August, CHRD sent communiqués to the UN alleging arbitrary detention and other rights violations on behalf of three activists detained in the crackdown on peaceful assembly and association.

Li Huaping (李化平), an activist from Hunan Province who has written online about democracy and freedom, was detained on August 10 on suspicion of “gathering a crowd to disrupt order of a public place.” The detention is in apparent retaliation for Li’s protest against authorities who prevented Annie Zhang (张安妮), the daughter of dissident Zhang Lin (张林), from attending school in Anhui Province. Li also had reportedly initiated a “watch project” in June to support and financially assist individuals swept up in the crackdown.

Liu Jiacai (刘家财) was criminally detained in Hubei Province on August 12 on suspicion of “inciting subversion of state power” after serving an administrative detention on a charge of “disrupting public order.” Before being taken into custody, Liu had allegedly gathered activists in Yichang City for “dinner parties,” where they discussed corruption and other “sensitive” topics. He had also posted and disseminated online writings and views about legal rights. Authorities had questioned Liu on several occasions and put him under house arrest before eventually detaining him.

Yang Mingyu (杨明玉, aka Yang Lin, 杨林) was arrested on suspicion of “inciting subversion of state power” on July 19 after being held incommunicado for more than a month by police in Shenzhen City, Guangdong Province. National security officers reportedly threatened Yang by saying that he could disappear by being “put into a bag and thrown to the bottom of the sea in the South, or buried in a pit dug in the desert in the North.” Before he was seized, Yang had participated in various rights activities, including rallying for disclosure of top Chinese officials’ assets and criticizing the Chinese Communist Party’s authoritarian rule.

Activists Liu Jiacai (left), Li Huaping (right), and Yang Mingyu are among those detained in the crackdown on peaceful assembly and association.

To date, CHRD has confirmed the criminal detentions of 57 individuals in China who have been seized in the ongoing crackdown, including 28 who have been arrested.

Rights of the Child

On September 3, CHRD released “‘Flowers of the Country’: Mistreated and Abused,” a report that documents ongoing violations of children’s rights in China, examines their causes, and identifies protective measures and remedies. In the report, CHRD analyzes several areas of failed implementation of the Convention on the Rights of the Child (CRC), which China ratified in 1992. The UN Committee on the Rights of the Child will review China’s record on protecting children’s rights on September 26-27. CHRD’s report is based on information that CHRD provided to the Committee in November 2012 in response to periodic reports by China.

Go to CHRD’s website to view a gallery of images, cases, and statistics  related to violations of children’s rights in China.

As examined in the report, continuing areas of rights violations in China include lack of access to basic education and healthcare; rights of the child to life and health; child trafficking and failure to protect underage girls from sexual abuse; and lack of effective measures to end widespread use of child labor. The underlying problems with protecting Chinese children’s rights, as the report illustrates, are caused by the lack of legal and enforceable safeguards as well as obstruction by government officials of efforts—both by families and civil society in general—to improve conditions for children.

Read CHRD’s recent statement—“China: The Widening Attack on Rights Activism”—that discusses the months-long crackdown in China on peaceful assembly as well as more recent moves by authorities against online expression.