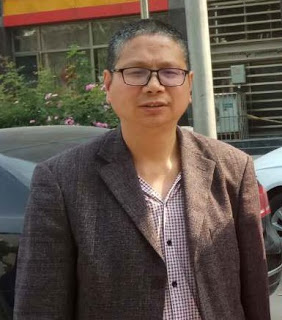 Officers from the Chengdong Police Station of Yaohai District, Hefei City Public Security Bureau seized activist Zhou Weilin from his home on March 12, 2020. They did not show a warrant or explain to his family why he was being seized. Officers also confiscated his phone. Zhou’s son went to Chengdong Police Station the next day and was told that Zhou Weilin had been detained, though the officers wouldn’t clarify it was administrative or criminal detention nor provide a written detention notice.

Zhou Weilin went on trial on charges of “picking quarrels and provoking trouble” on November 20, 2020 in a closed-door hearing at Feidong County Court. Guards blocked the entrance to the courthouse and lawyers Liang Xiaojun (梁小军) and Wu Li (吴莉) were escorted inside by the trial judge. The court refused to allow Zhou’s supporters inside to observe or testify in his defence. Zhou and his lawyers were allowed to speak during the trial. The charges against Zhou are reportedly related to his comments on Twitter and for writing articles for the human rights website Rights Defence Network (维权网). The hearing ended without a sentence being pronounced. On August 1, 2021, Rights Defence Network learned that Zhou Weilin had been sentenced to 3 years and 6 months.

Police took Anhui-based activist Zhou Weilin from his home in September 2013 without any warrant. The authorities also confiscated several of his personal belongings, including a computer, cell phone, and materials concerning human rights. In spring 2013, Zhou was put under administrative detention for protesting against violations of children’s right to education. Zhou and several activists and lawyers, including Zhang Lin, staged rallies and hunger strikes in front of government buildings in support of Zhang’s 10-year-old daughter Anni’s right to return to school. Zhang Anni was blocked from attending a school in Hefei in February 2013 due to her father’s pro-democracy activism. Zhou was tried in early August with Yao Cheng (姚成) in a three-hour hearing. There was a heavy police presence at the courthouse. Zhou was released in February 2015 at the end of his sentence.

Zhou Weilin, born in 1965, was formally a factory worker. After suffering from an industrial injury in 1986, he then pursued rights campaign and advocacy work in the NGO sector, particularly on issues involving persecution of human rights defenders, drawing attention to corruption, labor issues, and rights of persons with disabilities. He has been detained, interrogated, and disappeared numerous times in retaliation for his activism.