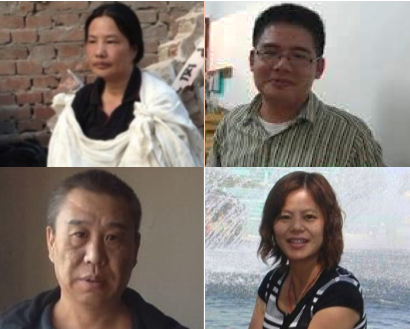 (Network of Chinese Human Rights Defenders, June 3, 2016) – As the US-China Strategic & Economic Dialogue opens in Beijing on June 6, US officials should use this opportunity to strongly push for the Chinese government to end its persecution of human rights defenders (HRDs) who protect and promote social and economic rights. These HRDs, as active members of Chinese civil society, should be allowed to play an essential role in ensuring a safe, fair, transparent, and sustainable future for China, but they instead have been targeted under President Xi Jinping in the most repressive period in China since the pro-democracy movement was crushed in 1989. Currently, a number of the over 2,000 detained HRDs whose cases CHRD has documented in the past three years have been persecuted simply for peacefully promoting social and economic rights.

In depriving these HRDs of civil and political rights—the right to political participation, to freedom of expression, peaceful assembly, association, and due process rights—the government has obstructed, rather than promoted, the realization of economic and social rights of disadvantaged and marginalized social groups. Socio-economic human rights defenders in China should be protected as valuable players for solving problems brought on by unsustainable development and massive labor migration, some of the consequences of China’s rapid and drastic transformation over the past few decades.

China ratified the International Covenant of Economic, Social, and Cultural Rights (ICESCR) in 2001, and thus has a legal obligation to respect these rights. Following a review of China’s implementation of that treaty in 2014, the Committee on Economic, Social, and Cultural Rights (CESCR) recommended China engage with non-governmental organizations and members of civil society to implement its recommendations. Instead, the Chinese government under President Xi Jinping has continued with its unrelenting crackdown on civil society advocates for human rights, including rights of women, LGBT, workers, rural children, persons with disabilities or those living with HIV/AIDS or other serious health conditions.

In light of the upcoming dialogue, CHRD would take this opportunity to highlight the cases of seven socio-economic human rights defenders currently in detention or prison. The US-China S&E Dialogue should be a platform for demanding that Chinese government release them immediately and unconditionally: