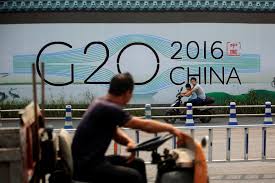 When you arrive in China and reach the scenic Chinese city of Hangzhou to attend the G20 Summit on September 4-5, it will be during the worst human rights crackdown in the country since the suppression of the 1989 pro-democracy movement. CHRD believes that your raising concerns of human rights with Chinese leaders and voicing support for the rule of law will help advance the Summit’s objective of building economic cooperation. Such action on your part would hold great value, since many practices and policies of President Xi Jinping’s administration do not make China an accountable and responsible global partner today, including the suffocation of a growing and dynamic civil society, suppression of dissent and ethnic/religious minorities, and the state’s disregard for both domestic laws and its obligations to international human rights conventions.

At the G20 Summit in Hangzhou in September, foreign heads of state have the opportunity to question Chinese leaders about human rights abuses.

At the Summit, you can ask Chinese leaders how they hope to inspire confidence with statements like “civil society organizations are a major force for encouraging people to get involved in public affairs” when the government continues to imprison human rights defenders and outspoken critics of its policies. Or you can inquire, after China’s adoption of the Overseas NGO Management Law, which treats overseas NGOs as national security threats, how the Chinese government will convince the world that it “welcomes overseas NGOs to exchange and cooperate with domestic organizations and will try to create a sound legal environment to facilitate their activities and ensure their legitimate rights.” Such statements were made in a letter signed by President Xi addressing the C20 meeting for “civil society stakeholders,” which China hosted in the city of Qingdao in early July.

Just weeks before the G20 Summit, authorities swiftly tried and convicted four human rights activists and lawyers for “subversion” in widely criticized show trials, and televised their forced confessions in state media. Authorities claim the detainees fell under the influence of “hostile forces” from overseas.

Preparations for the Summit in Hangzhou mirror Chinese authorities’ “clean up” and “stability maintenance” operations that have been undertaken before major international events hosted in the mainland, like the 2008 Beijing Olympics and the 2014 Nanjing Youth Olympics. In recent months, authorities in and around Hangzhou have tightened restrictions on “unofficial” Christian house churches, human rights activism, and online expression. In particular, CHRD would like to bring to your attention to the following:

Infringing on human rights to free expression and religious freedom while perpetuating an intolerance of criticism, the Chinese government has failed to create an environment of openness for productive G20 Summit discussions on such issues as “world economic development.” Economic development that is narrowly understood as increasing GDP without the practice of rule of law or human rights protections will simply result in a world without respect for human dignity. Thus, it is vital to the mission of the G20 nations that the Chinese government lift its repressive measures that silence political and religious dissent.