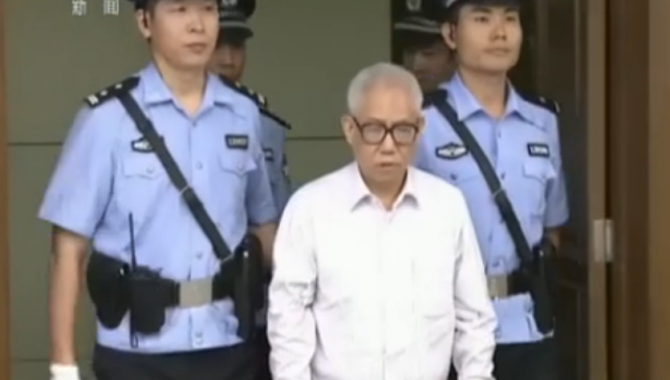 (Network of Chinese Human Rights Defenders—August 8, 2016) Last week’s televised “confessions” and swift convictions of human rights lawyers and activists for “subversion” have dashed any hope for rule of law reforms under Xi Jinping’s reign. Chinese authorities’ handling of the lawyers and activists rounded up since last July has broken numerous Chinese legal provisions and international human rights norms. While the Xi Jinping leadership may have meant to issue stern warnings to other human rights defenders with these show trials, they have profoundly damaged its claim that China is a rule abiding rising power.

CHRD is concerned that last week’s charade of justice will escalate in the coming weeks and months when the government puts on trial the remaining 13 lawyers and rights defenders detained in the 709 crackdown. Arrested following months of secret detention together with the four convicted, these individuals will also likely be subjected to the theater of televised forced confessions or “repentance” media interviews. The “709 Crackdown” began in earnest in July 2015. Over 300 human rights lawyers and activists were interrogated and intimidated, with 22 eventually arrested, of whom 15 remain in detention, including the two who started prison sentences last week.

The Chinese government chose to stage these trials and deliver prison sentences weeks before September’s G20 summit in the Chinese city Hangzhou. CHRD urges the G20 countries’ leaders and other world leaders to speak out in the face of such a defiant challenge to the rule of law. G20 leaders should call on the Chinese government to release all human rights advocates, including lawyers convicted of or facing criminal charges. They should also pressure the government to allow those granted “bail” to be truly free to meet with their families, supporters, or independent media groups. China should abolish televised coerced “confessions” and “repentance” on state media, and end harassment and intimidation against family members.

On August 1, human rights lawyer Wang Yu (王宇) was shown on Xinhua news and Hong Kong’s Oriental Daily in a staged interview, woodenly reading or reciting “confessional” and “repentant” statements about her wrong doings. Media made the announcement that she obtained “bail pending further investigation.” However, she has so far not been free to go home or contact supporters, and her whereabouts remain unknown.  On August 5, state media reported that her husband Bao Longjun (包龙军), a human rights advocate also detained last year, had been granted “bail.” His whereabouts remain unknown at this time. Their status of being “on bail” but not free follows the same fate of another detainee, Zhao Wei (赵威), an assistant to detained rights lawyer Li Heping. An announcement about Zhao’s release on bail was posted on the Tianjin police weibo account on July 7, but her husband and supporters have not been able to contact her since or locate her whereabouts.

Starting on August 2, Tianjin No. 2 Intermediate People’s Court abruptly put Zhai Yanmin, Hu Shigen, Zhou Shifeng, and Gou Hongguo on trial separately, each on a different day, though trial minutes and verdicts made immediately available on state media show that the four were prosecuted for the same so-called “criminal acts.” The court failed to give the three-day advanced public notice of the trials as required by Chinese law. The court posted the trial notices on its weibo account either on the day of the trial or night before. The court immediately convicted all four for “subversion of state power” following the trial hearings, each of which lasted for about 3 hours, despite the severity of the charges the individuals faced. In recent years, it has become common for verdicts against human rights defenders, especially in high profile and “sensitive” cases, to not be announced for months after the trial hearings have taken place, making such swift convictions more unusual. 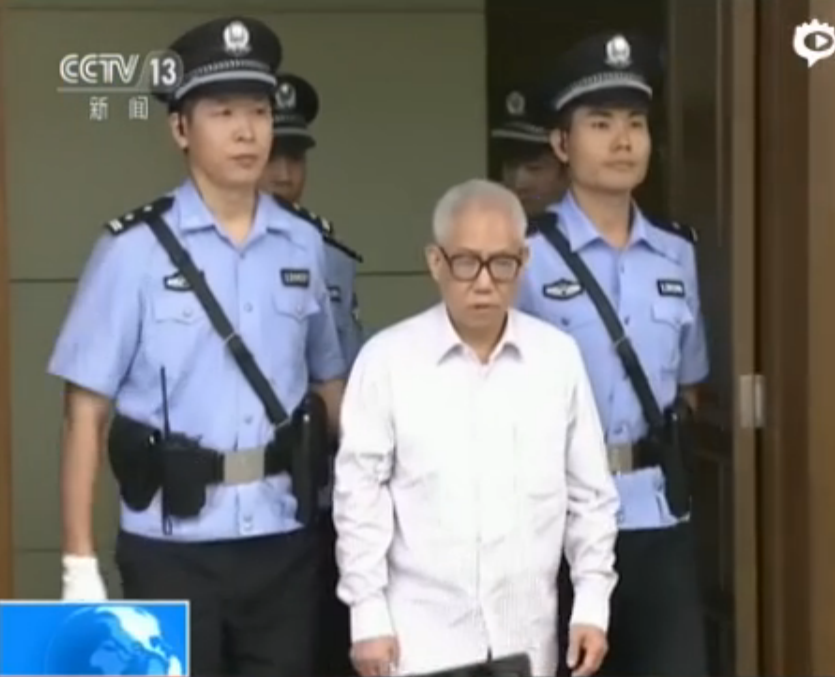 These were the first trials stemming from the “709 Crackdown” on human rights lawyers and other advocates. Hu Shigen received the lengthiest sentence, at 7.5 years, and Zhou Shifeng was sentenced to seven years. Zhai Yanmin and Gou Hongguo received three years, suspended for three and four years respectively. Chinese authorities sent a strong signal with these convictions that exercising and defending human rights are treated as threats to national security.

These convictions make a mockery of justice. All four had been denied basic due process rights and the right to a fair trial, and the government instead held hearings that lacked any credibility. The detainees had been held in secret locations, denied access to a lawyer of their own choice, access to their family, prompt notification of the charges against them, and were not given public hearings by an independent court. Authorities blocked the families and supporters from attending the trials. All four have spent over a year incommunicado, subject to immense pressure and likely torture. All four pled guilty without any independent verification of their treatment for the past year.

The government, at the same time of the trials, intensified its coordinated state media smear campaign against the human rights lawyers and activists, following broadcast “confessions” directly from interrogation cells, with several aggressive anti-Western propaganda videos released throughout the week of trials by various CCP-controlled entities.

The remaining 13 detained lawyers and human rights activists are likely to be subject to similar show trials and abuses in the coming weeks. The most likely to face trial next is human rights lawyer Li Heping. His name has been mentioned in last week’s court trial records as being involved in the same “criminal” activities of the four convicted of subverting the state. Tianjin police recommended in June that Li be indicted for “subversion,” and the procuratorate is reviewing the case. Li was formally arrested on January 8, 2016 and is being held at Tianjin No. 1 Detention Center. The official notice confirming Li’s arrest came after six months of enforced disappearance. Tianjin PSB officers first seized Li on July 10, 2015 and searched his Beijing home and his firm, Globe-Law Law Firm, confiscating hard drives and computers, and detaining his two assistants. Li Heping has defended a number of sensitive cases involving Falun Gong practitioners, Christians, and prominent individuals like lawyer Gao Zhizheng (高智晟). He has also been active in raising awareness of Chinese law and international conventions prohibiting torture.

The 13 who may face imminent trials include:

Tang Zhishun (唐志顺) and Xing Qingxian (幸清贤) were seized by Burmese and Chinese police on October 6, 2015, in Myanmar, in connection to a failed operation organized by activists to free Bao Zhuoxun (包卓轩), the 16-year old son of Wang Yu and Bao Longjun, from house arrest and attend school overseas.

Activists based in Hubei, Wang Fang (王芳), female, and Yin Xu’an (尹旭安), were formally arrested in September 2015 on suspicion of “picking quarrels and provoking troubles.”

The charges against all these lawyers and other rights defenders must be dropped and they should be granted genuine freedom from police control outside of detention facilities. All nations attending the G20 Leaders’ Summit should seek their release and raise concerns about their abuses.

More on those sentenced last week (in order of trial date):

Zhai Yanmin (翟岩民), convicted of “subversion of state power” on August 2, 2016 and sentenced to three years, suspended for four years by Tianjin No. 2 Intermediate People’s Court. Pled guilty and promised not to appeal his sentence, according to state media. Released following verdict. Wife not allowed to attend trial and remains under house arrest. His family-appointed lawyer was never given access to his client and then allegedly “fired” in February, but authorities provided no written verification. First detained on June 15, 2015 and arrested on January 8, 2016. Zhai Yanmin is an activist that has taken part in several human rights campaigns in recent years, including with the New Citizens’ Movement, and has been detailed several times as a result. Zhai also participated in the 1989 pro-democracy protests as a student.

Hu Shigen (胡石根), convicted of “subversion of state power” on August 3, 2016 and sentenced to 7.5 years by Tianjin No. 2 Intermediate People’s Court. Longer sentence in part because Hu previously served a lengthy prison sentenced and is considered a “repeat offender.” Hu pled guilty and promised not to appeal his sentence, according to state media. His two brothers detained on July 31 and not allowed to attend his trial, and his family-appointed lawyer never granted access to his client. First detained on July 10, 2015 and arrested on January 8, 2016. Currently at Tianjin No. 1 Detention Center. Hu Shigen is a longtime activist as well as a former literature professor and writer. In 1994, the 61-year old Hu was sentenced to 20 years in prison due to his efforts to spread information about the 1989 crackdown. Hu was released in 2008 after 16 years, having endured severe torture in prison. Following his release, Hu resumed advocating for human rights. Hu is a member and leader of underground Christian churches.

Zhou Shifeng (周世锋), convicted of “subversion of state power” on August 4, 2016 and sentenced to seven years in prison by Tianjin No. 2 Intermediate People’s Court. Zhou pled guilty and will not appeal his sentence, according to state media. Zhou’s family were held under house arrest to prevent them from attending the trial, and his supporters were detained by Tianjin police. Never granted access to his family-appointed lawyer, who authorities claim he mysteriously “fired” in January, but provided no written verification. Currently held at Tianjin No. 1 Detention Center. Zhou, a lawyer and the director of Beijing Fengrui Law Firm, has represented clients in several high-profile cases, including victims of the 2008 contaminated powdered milk scandal, dissident writer Tie Liu (铁流), and news assistant Zhang Miao (张淼). Zhou started Fengrui Law Firm in 2007, and employed several prominent human rights lawyers, who were also detained in the “709 crackdown.”

Gou Hongguo (勾洪国), convicted of “subversion of state power” on August 5, 2016 and sentenced to three years in prison, suspended for three years, by Tianjin No. 2 Intermediate People’s Court. Released following the verdict. Gou pled guilty and will not appeal his sentence, according to state media. Gou’s wife was not allowed to attend his trial, and his family-appointed lawyers were never granted a single visit with Gou and banned from defending him on August 5. Gou began in 2013 to publicly voice his concerns over rights violations suffered by marginalized groups, taking to the Internet to help others defend their rights and to promote constitutional democracy. Gou was a member of the underground church Sheng Ai (圣爱) Fellowship.

For more information on the “709 Crackdown” on rights lawyers, see: