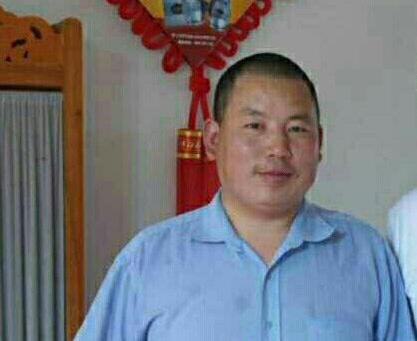 Chinese authorities put several human rights defenders on trial over phony charges in several cities across China in the past week. These cases involve two human rights lawyers, one citizen journalist, one migrant labor rights activist, four activists who had exposed local illegal detention facilities, and five members of a Christian church. Authorities violated the defendants’ due process rights in every one of these cases. In many, their lawyers’ requests to visit them were rejected or the lawyers were told that the defendants “dismissed” them. The trials and hearings, in most cases, were not open to the public. In one of the most contentious cases, involving the human rights lawyer Xie Yang (谢阳), there appeared to be no advanced public notice about a trial. When supporters, foreign journalists and diplomats showed up outside a court in Changsha on April 25, they learned that the trial was either relocated or postponed. The government had detained or imprisoned all the defendants, in some cases for many months without a trial, in retaliation for defending or exercising human rights. Some of them have accused police of subjecting them to torture or inhumane treatment.

Labor rights defender Hu Changgen (胡常根) was put on trial for “picking quarrels and provoking trouble” on April 25 at the Pudong New District People’s Court in Shanghai. The hearing ended without announcing a verdict. The prosecution tied Hu’s alleged criminal activity to views that he expressed online about discriminatory policies towards rural migrant laborers. The activist’s health has declined in detention, according to his lawyer, Ji Zhongjiu (纪中久), who visited Hu in early March. Ji said that Hu had grown thin and extremely weak, and that he suffers from high blood pressure. Police initially detained Hu in June 2016, around the sensitive June Fourth anniversary, on suspicion of “fabricating and spreading false terrorist information.” Authorities changed the criminal charge when formally arresting Hu last July. Hu was scheduled for a trial in September 2016, but that hearing was abruptly cancelled.

Originally from Anhui, Hu Changgen, 45, had been a migrant laborer in Shanghai for over 20 years, and was working in a factory when police detained him. From the mid-2000s, Hu had actively posted comments online about human rights issues. He called for rights protections for migrants like himself, including equal opportunity for their children to attend public school. Rural laborers seeking work in urban areas in China do not have the official “household registration” (hukou) that entitles their families to the social and economic benefits enjoyed by urban residents, unless they meet onerous requirements and pay large fees. Due to his advocacy, police have often harassed and threatened Hu, and he had previously been briefly detained several times.

The four activists were among more than 20 individuals detained in a police operation in Wuxi in April 2016. They were initially held on suspicion of “intentional injury” until their arrests. The charge was tied to an incident in February 2016, when a scuffle broke out between supporters of Shen Aibin, who was then being freed from a detention center, and a suspiciously disguised person who was photographing the group. Police claimed that the disguised person was hurt in the clash. In May 2016, Zhou Xiaofeng and Zhu Bingquan were formally arrested for “picking quarrels and provoking trouble,” while Shen Aibin and Cheng Tianjie were put under “residential surveillance” at home. Both Shen and Cheng were arrested and taken back into police custody in September.

Shen Aibin, at the center of these cases, had played a leading role in exposing government corruption and the unlawful use by police of extrajudicial detention facilities, termed “black jails.” In June 2013, he helped rescue five petitioners from such a facility inside a Wuxi guesthouse. He had since been in and out of detention. Shen was sentenced in November 2014 to 18 months in prison for “intentionally damaging property” in connection to the rescue operation. Shen alleged that, prior to that conviction, he was tortured by police and forced to sign a confession.

The Dali City People’s Court reportedly put citizen journalist Li Tingyu (李婷玉) on trial in secret on April 20, according to the lawyers of another citizen journalist, a co-defendant, Lu Yuyu (卢昱宇) and CHRD sources. The details or outcome of the trial remain unknown as the trial took place without any prior public notice of the precise time or location. Authorities had told lawyers authorized by Li’s family that they were dismissed and replaced by government-appointed lawyers. Dali police first detained both journalists for “picking quarrels and provoking trouble” in June 2016 in retaliation for their work documenting protests and demonstrations and posting the information on their blog (Fei Xinwen “Not the News”). According to CHRD’s sources, Li’s family reportedly learned about the trial on April 20, though its unknown if the family attended the hearing.

Authorities have given both Li and Lu only sporadic access to their lawyers, and since early March 2017, officials at the Dali City Detention Center refused to allow Li’s family-appointed lawyers Ge Yongxi (葛永喜) and Huang Simin (黄思敏) to meet her on the grounds that she had “fired” them. Prosecutors then indicted Li and Lu on March 24, 2017. Lawyers Ge and Huang applied again to meet her on April 17, but were again denied access. According to Lu Yuyu’s lawyers, Xiao Yunyang (萧云阳) and Wang Zongyue (王宗跃), they went to the courthouse to review Lu’s indictment on April 20, but were met with a heavy police presence. The lawyers only then learned that their clients’ cases would be prosecuted separately, and that Li Tingyu’s trial was inside the court.

The Beijing Higher People’s Court upheld the original guilty verdict against human rights lawyer Xia Lin (夏霖) during his appeal hearing on April 21, but reduced his sentence from 12 to 10 years. Xia was convicted on trumped-up charges of “fraud” in September 2016. The harsh sentence was clearly in retaliation for his legal representation of detained human rights defenders in politically-sensitive cases. Xia’s lawyers said the appeal proceeding was flawed, since the court did not allow Xia or his lawyers to present their argument, and refused to consider new evidence uncovered since Xia’s first-instance trial. In handing down the ruling on Xia’s appeal, Chinese authorities ignored an August 2016 opinion in which the UN Working Group on Arbitrary Detention ruled that Xia’s imprisonment was arbitrary and called on the government to release and compensate him.

A Xinjiang court sentenced five Christians to prison for three to five years each on charges of “gathering a crowd to disrupt social order” on April 18. Their imprisonment was punishment for attending a religious gathering. The decision by the Chongji City People’s Court follows a trial that took place on October 27, 2016. All five, who are of Han Chinese ethnicity, pleaded not guilty and said they would appeal the verdict. Those sentenced are:

The five had been part of a group of around 40 Christians from across Xinjiang and neighboring provinces. They gathered in Changji City on March 5, 2016 for a Bible study group. A large contingency of police officers and armed police broke up the activity. Police detained Yang, Wang, Cheng, and Zheng at the meeting and initially held them on suspicion of “illegal assembly” before changing the crime to “gathering a crowd to disrupt social order” the next day. A week later, police detained Liu Yan, who had helped transport attendees to the meeting. Police formally arrested the five on April 11, 2016. Reportedly, prosecutors sent the case back for further investigation twice before indicting them.