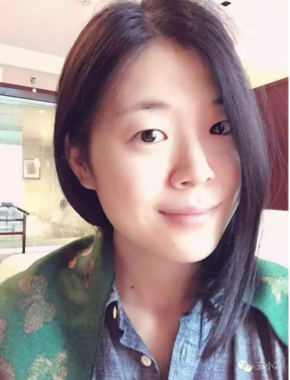 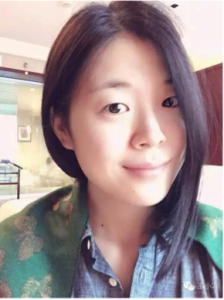 Zhao Wei, also known by her screen name Kaola (考拉), is an assistant for lawyer Li Heping (李和平) at Globe-Law Law Firm in Beijing. Zhao, Li, and his other assistant, Gao Yue (高月), were detained as a part of nationwide crackdown on human rights lawyers and activists. A dozen unidentified men forcibly seized Zhao and her roommate from their residence on July 10, 2015. Zhao’s family did not receive notification about her situation until her lawyer confirmed in late July that she was criminally detained at Hexi District Detention Center in Tianjin Municipality. Zhao, whose lawyers have been denied any visitation, was initially held on suspicion of “creating a disturbance” and a crime in the category of “endangering state security,” which was later confirmed to be “inciting subversion of state power.” She was later arrested on suspicion of “subversion of state power”—an even more serious “political” offense—and held at Tianjin No. 1 Detention Center.

Following rumors in mid-May 2016 that Zhao had been sexually assaulted in the detention center, Zhao was released on “bail pending further investigation.” Tianjin police made an announcement on July 7, 2016, that Zhao Wei had “admitted” to crimes and thus the conditions were met for bail. After the bail announcement, her husband were unable to contact Zhao Wei and she remained under police control. She supposedly made a mysterious confession, expressing “regret” over her activism and other behavior, which appeared in the South China Morning Post. In September 2016, police reportedly moved her and her parents to an apartment in her hometown, where she faced restrictions on her freedom of movement and communications.

It was reported on July 6, 2017, that police had lifted bail conditions on Zhao, and that she was truly “released,” which Zhao confirmed via her weibo account. However, personal items that had been seized by police were not returned, including her passport, permits to travel to Hong Kong and Macao, computers, mobile phones, and other property. Reportedly, police forced Zhao to hand over the password to her weibo account and tampered with the account while holding her in custody.

Born on October 20, 1991, Zhao Wei graduated with a journalism degree from Jiangxi Normal University in 2013. According to her family and friends, Zhao has always been passionate about social justice and concerned about marginalized groups. In 2012, she and activist You Minglei (游明磊), now her husband, distributed leaflets that promoted democracy to students at Zhao’s university. Afterwards, police interrogated Zhao Wei while You Minglei was arrested on “subversion of state power” but released a week later after an online outcry. Zhao joined You Minglei and became a cyber activist in Fujian Province and befriended prominent netizen Wu Gan (吴淦), who became a special advisor for Fengrui, the law firm most heavily targeted in the July 2015 crackdown. Zhao Wei, You Minglei, and several other Fuzhou activists were all briefly detained in October 2013 after meeting for dinner. In May 2014, Zhao and Liao Minyue, the daughter of imprisoned Jiangxi activist Liu Ping (刘萍), initiated an online campaign about the 1989 pro-democracy movement following the detention of Pu Zhiqiang (浦志强) and several others who attended a private gathering about June Fourth. Fujian national security officers later questioned Zhao after she and Liao gave an interview to the Japanese broadcaster NHK about the “90s Generation” of activists who grew up after 1989.

In October 2014, Zhao Wei began to work as an assistant for Li Heping, and later took part in at least two human rights campaigns for families and victims of wrongful convictions, one in March 2015 near Beijing and another in May 2015 in Jiangxi.