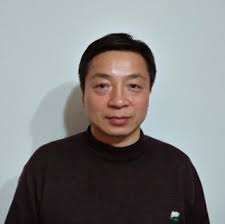 Jiangsu police seized and formally arrested activist Shen Aibin (沈爱斌) on the same day in September 2016, as authorities were implementing “stability maintenance” measures for the G20 Summit occurring in Hangzhou. Shen’s incarceration is retaliation for his activities as a leading human rights defender in the city of Wuxi, where he has focused on exposing government corruption and “black jails,” illegal makeshift detention facilities. He received a 30-month prison sentence in May 2017, the heaviest sentence among four individuals tried in the same case. At the trial a month earlier, police had blocked off the court’s entrance to over 100 supporters who wanted to attend, and the presiding judge frequently interrupted the defendants’ lawyers.

The day that Shen was arrested, he had just completed a 10-day administrative detention for violating terms of a stint in “residential surveillance,” a punishment he was given after an incident on February 4, 2016. On that February day, Shen had been released from a detention center, and supporters who had come to greet him got into an altercation with a suspiciously disguised person who was photographing the group. Police claimed the disguised individual, reportedly a plainclothes policeman, suffered injuries in the scuffle, including seven broken bones. The concocted charge that the court used to convict Shen in May 2017, “picking quarrels and provoking trouble,” stems from this incident.

Born on October 15, 1973, Shen Aibin joined the Chinese military in 1991, and was transferred to an administrative department in 2002. He worked for years as an “city administration and law-enforcement” (chengguan) officer before turning to rights-defense work. Shen had previously been sentenced to 18 months in prison, on November 27, 2014, in connection with a “rescue mission” in June 2013, when he and four other activists were detained for “intentionally damaging property” after breaking into a “black jail” in Wuxi and freeing petitioners held inside. Authorities released the activists in March 2014 but detained them again that May, after they had reported to police the identity of one of the black jail guards. Shen served out that punishment on March 12, 2015. After his release, Shen made public in October 2015 details of torture that he was subjected to while in custody, including beatings, verbal abuse, and threats, all intended to force him to sign a confession.