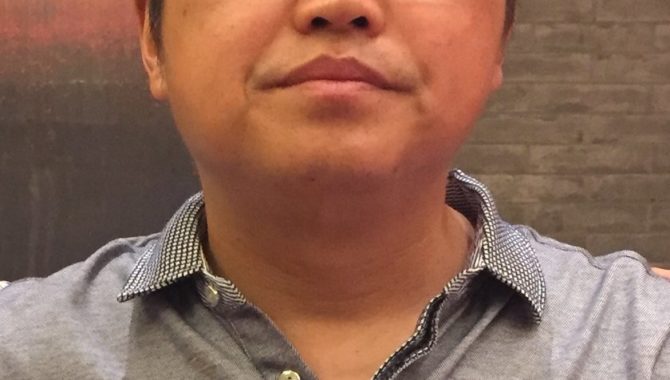 By imprisoning Liu, the Chinese government demonstrates its determination to take harsh and resolute measure to crush Chinese human rights advocates and NGOs. Under President Xi Jinping, the government has closed off civil society space in China for domestic and international human rights NGOs, especially since the Overseas NGO Management Law took effect two years ago. Criminalizing human rights NGO leaders like Liu Feiyue, and, most recently, Huang Qi (黄琦), Qin Yongmin (秦永敏), and Zhen Jianghua (甄江华), is the harshest measure that the government has taken in recent years in its war on civil society organizations promoting human rights, rule of law, and democracy.

The Suizhou court convicted Liu Feiyue and handed down a 5-year sentence with deprivation of political rights for 3 years, along with a 1,010,000 RMB (approx. 150,000 USD) fine during the sentencing hearing on January 29. The fine appears to match the amount of overseas funding that prosecutors accused Liu of accepting. His sentence will expire on November 17, 2021. At the August 7, 2018 trial, authorities did not allow any of Liu’s supporters into the courtroom for the hearing, and police detained supporters outside the courthouse, at train and bus stations in Suizhou, or blocked them at home.

For more than a decade, Liu Feiyue published articles online and worked peacefully to advocate and protect human rights. The website he ran amplified the voices and provided support to disadvantaged and marginalized social groups—workers, farmers, victims of forced eviction, school teachers, members of banned religions, and detainees in psychiatric hospitals—that China’s authoritarian development crushed or left behind.

The indictment against Liu accused him of six “major criminal offenses” and cited as evidence of “inciting subversion” his writings and publications of reports of human rights abuses on the Civil Rights & Livelihood Watch (民生观察) website. The indictment listed applying and accepting overseas funding to support the NGO’s operations as a “criminal act.” International human rights standards protecting the right to freedom of association includes the right to “solicit, receive, and utilize resources for the express purpose of promoting and protecting human rights and fundamental freedoms through peaceful means.” An earlier charge of “leaking state secrets” was dropped from the indictment.

The prosecution’s case against Liu Feiyue should have been thrown out because authorities deprived him of his due process rights, including the right to a fair and public trial by an independent court and access to a lawyer. Suizhou police initially detained Liu in November 2016 and formally arrested him a month later. Police did not grant him a single meeting with his lawyer for the first six months of detention, and repeatedly denied him meetings afterwards. Police harassed one of his lawyers and threatened him unless he dropped the case. Another lawyer, Wen Donghai (文东海), was disbarred by the government. Police also put pressure on Liu’s family to coerce him into confessing.

In April 2018, the independent experts on the UN Working Group on Arbitrary Detention issued an opinion, judging that Liu’s detention is arbitrary and the government must release him and provide him state compensation for the harm done to him.

Born February 5, 1970 in Suizhou City, Liu Feiyue had become a frequent target of police harassment, beatings, detention, and forced “tourism” since even before he founded Civil Rights & Livelihood Watch in 2006. The group’s website has reported rights abuses and published interviews with victims of human rights violations and marginalized social groups. The group has documented hundreds of cases of forced commitment of activists and dissidents to psychiatric institutions. Since police took him into custody, many petitioners—those who lodge grievances and seek redress—have called for his release, in large part since his website has been an available space for them to share stories about their personal experiences.

In 1998, Liu Feiyue joined the Hubei chapter of the banned China Democracy Party, and soon after began researching and publishing articles about non-violent civil and political rights movements. A participant in many advocacy campaigns, Liu was among a group of activists who launched a movement in 2003 urging the Chinese government to implement political reforms. The following year, he gathered over 500 signatures from individuals seeking more affordable prices for medications, in a drive supporting the right to health. Liu has worked as a teacher during some of his time as a right defender. In retaliation for his continuing activism, authorities have also targeted his family and threatened to deny his son the right to education.