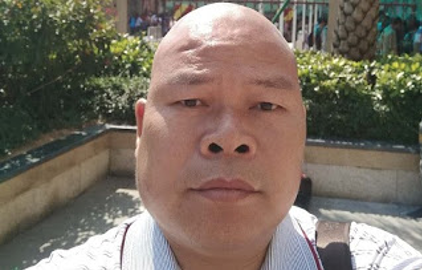 Chen Jiahong (陈家鸿), a rights lawyer from Guangxi, was detained in April 2019, soon after he had posted a video on social media in which he criticized the Chinese Communist Party and President Xi Jinping, and called for China to move towards a more democratic and constitutional government. In the video, Chen expressed his opposition to China’s legislative decision to abolish presidential term limits and urged the government to allow Chinese lawyers to work without suppression. While taking Chen into custody, public security officers from the cities of Beiliu and Yulin searched his home and confiscated some of Chen’s possessions but did not provide his family a detention notice.

Authorities blocked his defense lawyer, Lu Siwei (卢思位), from meeting with Chen, who has reportedly been mistreatedin detention. Police first allowed lawyer Lu to visit Chen on December 6, 2019, when Chen had already been detained for over seven months, and after his case had been recommended for indictment that August. Reportedly, Chen told lawyer Lu that he has been poorly fed and severely constipated due to his diet. He has also been deprived of sleep while being subjected to long interrogations, during which he has refused to admit to any crimes. As punishment for not admitting guilt, guards have disrupted his sleep further by playing over a loudspeaker “China Now” (《这就是中国》), a popular television program in the mainland which features speeches by a Fudan University professor lauding the development of modern China.

Chinese authorities have delayed in indicting and prosecuting Chen, suggesting a lack of criminal evidence against him. Though Chen was reportedly indicted, possibly in September or October 2019 according to his lawyer, a judge from Yulin City Intermediate People’s Court told lawyer Lu in December 2019 that police needed to conduct further investigation on the case, and the court decided to postpone Chen’s trial in January 2020, as the local procuratorate had requested. The court informed lawyer Lu in March 2020 that Chen stopped hiring him as his lawyer. Chen may have been pressured to make the decision.

On June 22, 2020, Chen Jiahong went on trial at the Guangxi Zhuang Autonomous Region Yulin Intermediate Court on the charge of “inciting subversion of state power”. Chen did not attend the trial in person, due to COVID-19 restrictions. His lawyer refused to divulge any details of the hearing, apparently to prevent retaliation from the government. According to reports, the court was sealed off from regular business, and even Chen’s mother was not permitted to attend the hearing.

On December 14, 2021, the Guangxi Zhuang Autonomous Region Yulin Intermediate Court sentenced Chen Jiahong to three years on the charge of “inciting subversion of state power”. Chen’s lawyer was not present. Chen stated in court that he had been the victim of police abuse, but this was ignored by the court.

Prior to his detention, lawyer Chen had faced considerable suppression due to his involvement in “sensitive” cases. Chen called for the release of fellow attorneys seized in the “709 Crackdown” on the far-flung rights defense community that was launched in 2015. In May 2017, Chen took up a case on behalf of the family of Luo Jibiao (罗继标), an ethnic Zhuang villager who died suspiciously in police custody in Hezhou City in Guangxi. That September, Guangxi authorities issued a “public condemnation” against Chen, sanctioning him in retaliation for conducting his professional work. The Nanning City Judicial Bureau suspended Chen from practicing law for six months in April 2018. The next month, the Bureau announced the dissolution of Baiyongming Law Firm, where Chen was employed, apparently for its defense of religious and land rights cases. Baiyongming had been founded in 2006 by lawyer Qin Yongpei (覃永沛), who himself was detained in October 2019, also on a charge of “inciting subversion of state power.”

Chen Jiahong (aka Chen Wendan, 陈文胆), born on September 27, 1966, in Beiliu City in Guangxi, taught in Beiliu after graduating in 1988 from Rongxian Normal University. Trained in both law and writing, Chen also graduated from the Lawyers Correspondence Course of Beijing Institute of Technology and Advanced Studies, and from the Department of Administrative Law of Chinese Logic and Language Correspondence University. In the 2000s, Chen established businesses focused on professional writing and subsequently passed the judicial examination before joining Baiyongming Law Firm as a full-time attorney.