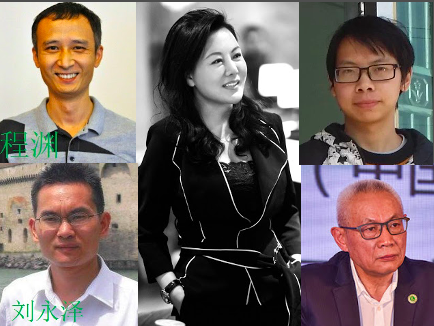 Changsha Intermediate Court tried three NGO staffers from the Changsha Funeng NGO on an unknown date in the week of August 31-September 4. The details of the trial of the three men— Cheng Yuan, Liu Dazhi, and Wu Gejianxiong—is unknown, as is the outcome of the hearing. Changsha authorities detained the three in July 2019 on suspicion of “subversion of state power” for their anti-discrimination and disability rights NGO work, and then reportedly indicted them in late June. In March, authorities forcibly fired the six defence attorneys of the three NGO staffers. The families received no prior notification of the trial from authorities or the government-appointed lawyers, and there has been no online announcement by the court about the trial. The families only learnt of the hearing because the father of Wu Gejianxiong called the government-appointed lawyer, who informed him that the trial had already been held. The three have been held incommunicado for the entire duration of their detention. They are being held at Changsha City Kaifu District Detention Center.

Beijing police seized publisher Geng Xiaonan (耿潇男) and her husband Qin Zhen (秦真) on September 9. Both have been criminally detained on suspicion of “illegal business activity” and are being held at Haidian District Detention Center. Geng had alerted the world to the July detention of then-Tsinghua University professor and outspoken critic of Xi Jinping, Xu Zhangrun (许章润). Geng had organized the trip which Xu attended and which police later accused him of “soliciting prostitutes” while on. She has also tried to raise awareness of the ongoing enforced disappearance of citizen journalist Chen Qiushi (陈秋实), who reported from Wuhan during the COVID-19 pandemic and has been missing in police custody since February 6. Authorities recently began an investigation into her and her husband’s publishing company, Ruiya Books (北京瑞雅文化传播有限公司), in what appears to be retaliation for her speaking out.

Businessman Ren Zhiqiang (任志强) went on trial at Beijing No. 2 Intermediate Court on September 11. He rejected the lawyer hired by his family and remained silent during the trial in protest against the authorities’ handling of his case. The court hearing ended without a verdict being pronounced. Ren had gone missing on March 11, shortly after penning an article criticizing Xi Jinping’s response to the COVID-19 pandemic. Authorities later announced he had been detained by the Party’s disciplinary investigation and supervision commission, expelled from the Chinese Communist Party, and then charged with “corruption,” “accepting bribes,” embezzling public funds,” and “abuse of power.” Ren’s social media accounts were deleted in 2016 after he publicly criticised Xi Jinping’s directive for media organisations to “take ‘Party’ as their surname.”