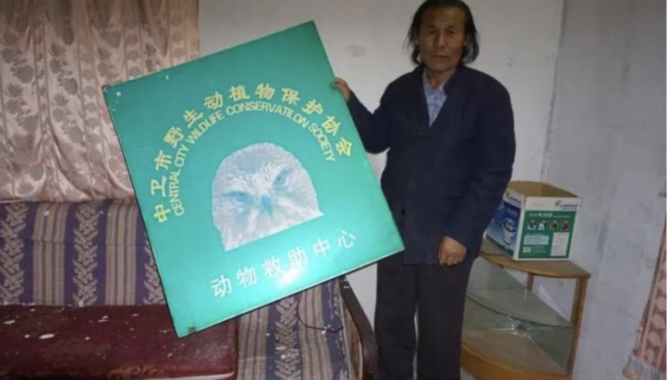 A Shanghai court reportedly convicted activist Chen Jianfang (陈建芳) of “subversion of state power” and sentenced her to 3 years in prison, according to a report from her friend, lawyer Liu Shihui (刘仕辉). We have been unable to verify this information as Chen’s family has been unreachable. The court, trial date, and details from the hearing are unknown. Since being detained in March 2019, Chen has been denied all access to her lawyers and authorities have shrouded her case in secrecy. Neither lawyer was informed of a trial or the outcome and have not been able to reach Chen’s family. Just days before Chen was seized in 2019, she had penned a tribute to a fellow activist and colleague, Cao Shunli (曹顺利), marking the fifth anniversary of Cao’s death in custody, on March 14. UN Secretary-General’s 2020 reprisals report released last month cited her case and she was raised at the UN Human Rights Council’s 45th Session.

Zhongwei City police in Ningxia arrested several volunteers at a wildlife conservation group on numerous charges on September 29. Police announced Li Genshan (李根山), Zhang Baoqi (张保其), Niu Haobao (牛海波) and 8 unnamed individuals of the Zhongwei Mongolian Gazelle Patrol Team had been arrested for “picking quarrels and provoking trouble”, “extortion and bribery” & “illegal hunting.” The group used to chase poachers in the desert at night and shortly before being detained, had reportedly accused local forest police of sheltering poachers. Police seized Li, Zhang and Niu on September 9, 2020 and criminally detained them the next day for “picking quarrels,” “extortion and blackmail,” and “robbery.” On September 11, 2020, the police announced on its Weibo account that they arrested 6 more individuals but did not disclose any details. According to other volunteers of their group, three of the six detainees were from the group. By the end of September, 12 individuals remain in custody and two had been released on bail. Zhang’s son Zhang Hai applied for bail but the police rejected the application. In 2019, Li Genshan exposed that a paper manufacturer had been illegally discharging sewage in the Tengger Desert in Inner Mongolia for years, resulting in an investigation from the Ministry of Ecology and Environment.

Activist Meng Xiaodong (孟晓东) stood trial at Sui County Court in Shangqiu City on charges of “picking quarrels ” and “obstruction of credit card management” on October 1. The prosecution also accused him of “insulting others” on Twitter for his comments about former state leader Mao Zedong. He pled not guilty and his lawyers defended his innocence. No members of the public were allowed into the courthouse. The hearing ended without a verdict being pronounced. Since 2010, Meng has been active in defending local farmers’ land rights. On September 6, 2019, police from Sui County took Meng away from his home, first detaining him on suspicion of “picking quarrels” and later adding the allegations of “obstruction of credit card management” and “insulting others” on Twitter.

Yantian District police in Shenzhen formally arrested on September 30 the 12 Hong Kongers caught trying to flee by boat in August. Two, surnamed Deng and Qiao (like referring to Tang Kai-yin and Quinn Moon), were arrested on charges of “organising others to illegally cross the border”, which carries a penalty of up to seven years imprisonment and for those with a principle role in operating a syndicate for illegal border crossing or who violently resist law enforcement can be punished up to life imprisonment. All 12 were arrested on charges of “illegally crossing the border” and face a maximum one-year prison sentence if convicted.

China Coast Guard in Guangdong intercepted a speedboat in mainland waters southeast of Hong Kong and detained the 12 Hong Kong activists (aged between 16 and 33) on August 23, 2020, while they were reportedly fleeing from Hong Kong to Taiwan. All of those caught also face criminal charges in Hong Kong, many from their activities during the 2019 protests. They are being held at the Yantian District Detention Center in Shenzhen. They have been repeatedly denied access to mainland human rights lawyer Lu Siwei, hired by the families, and have reportedly been forced to accept government-appointed lawyers. The 12 detained Hongkongers are:

Beijing No. 2 Intermediate Court sentenced Ren Zhiqiang (任志强) to 18 years in prison on September 22 after convicting him of “corruption,” “bribery,” “embezzlement of public funds,” and “abuse of power by state-owned company personnel” following a September 11 trial. He also received a 4.2 million RMB ($618,500 USD) fine. The hefty prison sentence against Ren is likely in retaliation for his outspoken criticism of Xi Jinping’s handling of the coronavirus pandemic. Ren had gone missing on March 11, shortly after penning an article criticizing Xi Jinping. Authorities later announced he had been detained by the Party’s disciplinary investigation and supervision commission, expelled from the Chinese Communist Party, and then charged