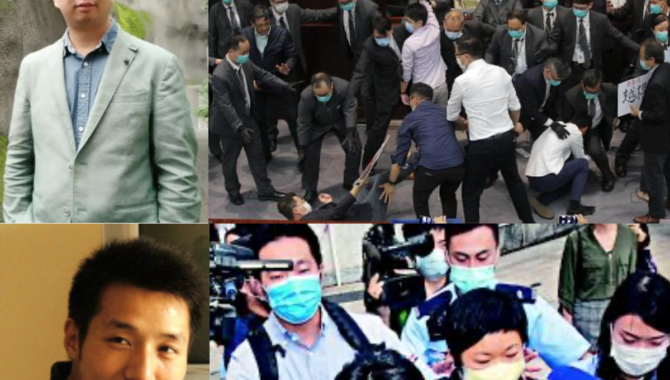 Disappeared human rights lawyer Chang Weiping (常玮平) will not be released on bail after Shaanxi Province police rejected Chang’s lawyers’ application. On October 26, 2020, the Gaoxin District Branch of Baoji Public Security Bureau also rejected the two lawyers’ requests to meet with Chang and to obtain information about the police investigation. On November 1, Chang’s family received a written “residential surveillance in a designated location” (RSDL) notice stating Chang was suspected of “inciting subversion of state power.” Authorities have refused to disclose any information about Chang’s case, and had previously told his lawyers he was held in RSDL on suspicion of the more serious “subversion of state power.” The officers also claimed that the reason of Chang’s detention involved “state secrets.” Police seized Chang Weiping from his home on October 22, 2020, days after he released a video on YouTube saying that he had been tortured while detained in January 2020.

Reports emerged on October 27, 2020 that labor activist Ling Haobo (凌浩波) had received an 18-month prison sentence. It remains unknown which crime he had been convicted of. In September, CHRD reported that Ling had been imprisoned following a secret trial but no other information had been released. Ling’s family still have not received a verdict from the authorities. Ling, whose real name Ling Jianhua (凌建华), was taken away by the police when he was working at Huadeng Toy Products Company Limited factory in Heyuan city on June 19, 2019.

Hong Kong Police Force arrested eight pro-democracy politicians, including former and current legislators, on November 1-2, 2020. The arrests are connected to physical disputes that occurred on May 8 between pro-government and pro-democracy legislators during a committee meeting inside the Legislative Council. The police accused them of acts of contempt and violating the Powers and Privileges Ordinance by obstructing LegCo officials during the House Committee meeting on May 8. The 8 were released on bail and are expected to appear in court on November 6, 2020. No member of the pro-government camp have been arrested over the clashes.

Hong Kong police arrested TV producer Bao Choy Yuk-ling (蔡玉玲) on November 3, 2020 and searched her home. Police accusing Choy of making false statements to obtain vehicle records for a TV documentary about the mob attack in Yuen Long on July 21, 2019. She was released on bail later on that day. Choy is a freelance producer from public broadcaster RTHK’s program Hong Kong Connection. On November 3, Hong Kong police charged Nelson Tang (鄧澤旻) with obstructing police and resisting arrest during a protest in Central’s IFC Mall on May 8, 2020. Tang is a student journalist for Hong Kong Baptist University’s Students’ Union Editorial Board. Another female journalist known as KY from online media “Ben Yu Entertainment” was arrested on November 5. Her colleagues believed her arrest was related to her coverage of clashes between police and protesters during a protest in Mongkok on May 10, 2020.

The Standing Committee of the National People’s Congress proposed in the 11th Amendment to the Criminal Law to reduce the criminal age of responsibility from age 14 to 12 in cases of “intentional homicide” or “intentional injury” where “the crime causes the death of a person and the circumstances are vile” and subject to approval by the Supreme People’s Procuratorate. Such a proposal runs counter to international human rights norms on child criminal responsibility, as laid out by the UN Committee on the Rights of the Child (CRC). China ratified the Convention on the Rights of the Child in 1992 and undergoes a periodic review by the UN CRC to assess China’s implementation of its treaty obligations. China’s latest periodic report was due in March 2019 but the government has still not submitted it.