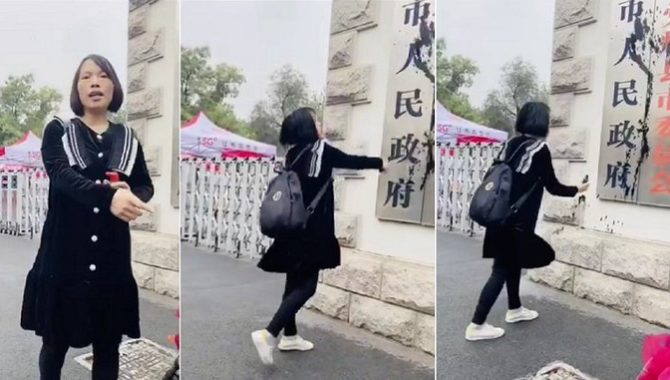 Publisher Formally Arrested After Speaking Out in Support of Government Critics

On October 20, news emerged that Beijing police had formally arrested publisher Geng Xiaonan (耿潇男) on charges of “illegal business activity.” Geng and her husband Qin Zhen (秦真) had been taken away on September 9, 2020 and criminally detained. They are being held at Haidian District Detention Center in Beijing. They have been denied all access to their lawyers, who have made at least five requests to visits. Geng had tried to raise awareness of the ongoing enforced disappearance of citizen journalist Chen Qiushi, who reported from Wuhan during the COVID-19 pandemic, and the detention of outspoken critic of Xi Jinping, Xu Zhangrun. The charges are tied to her and her husband’s publishing company, Ruiya Books, in what appears to be retaliation for her speaking out. Xu Zhangran and other scholars recently launched a petition protesting her arrest.

Henan police seized pregnant vaccine safety activist He Fangmei (何方美) on October 9, 2020 after she splashed ink on a government building in Hui County for the second time in a protest against unsafe vaccines. She had first held an ink splashing protest on October 2, after which police detained her and handed down a 10-day administrative detention but released her without enforcing the sentence because she is pregnant. By October 14, she had reportedly been placed under house arrest at an unknown government-designated location with her children and her husband has been taken away by police. He Fangmei began protesting after her daughter was disabled following being vaccinated. He spent months in pre-trial detention, a period which the UN Working Group on Arbitrary Detention declared was arbitrary detention, before being released in January 2020.

Police officers from Baoji City, Shaanxi Province, took away human rights lawyer Chang Weiping (常玮平) from his home in Fengxiang County on October 22 evening and placed him under “residential surveillance in a designated location.” His wife received a phone from police that night informing her he had been seized but was not told on what charges. Police had previously detained Chang and placed him under “residential surveillance in a designated location” on January 12-21, 2020 in relation to his participation in a meeting in Xiamen, Fujian Province in early December 2019. On October 16, Chang released a video on YouTube saying that he had been tortured during that detention, including being tied to a “tiger chair.” Police launched a crackdown on the participants of the meeting on December 26 and detained several prominent activists, including Xu Zhiyong and Ding Jiaxi. Chang’s license to practice law was cancelled on January 13, 2020.

Yunnan police detained pastor Wang Hai (王海) in August 2020 alongside his parents from his church in Zhaoyang District, Zhaotong City. Their whereabouts remain unknown. His wife only made public the information on WeChat on October 12 that they had disappeared, as she has been facing financial difficulty. Wang Hai had been ordained in December 2012 in an official Christian church, but still has faced surveillance and now detention.

Democracy activist Yuan Bing (袁兵) has been forced to submit to extensive biometric data collection after being released at the competition of a prison sentence. Police cut his hair, collected his blood, DNA, and fingerprints and took a handwriting sample, claiming it was because he is a “key dangerous person.” Yuan, whose real name is Yuan Fengchu (袁奉初), received a three-year sentence in August 2019 in reprisal for complaining about the government’s “stability maintenance” system that subjects activists and dissidents to constant police surveillance. He was released from prison and returned home on October 2, 2020. Yuan alleged he was tortured in prison. His arms were hanged for seven days after he made some comments in the prison, which authorities claimed were “reactionary.” As a result of the torture, Yuan said his arms were nearly disabled.

Local Zhejiang Province CCP official Ye Fuxing (叶富兴) is being criminally prosecuted after the Ningbo Supervisory Commission investigated him for spreading articles that “vilified and slandered party and national leaders” and other crimes including taking bribes. State media announced Ye had also been expelled from the Party for “seriously violating Party discipline and rules.” Ye’s punishment appears to be linked to sharing articles critical of the top leadership in China, including Xi Jinping, as more critics of the Party have emerged due to Xi’s disastrous handling of the COVID-19 pandemic. While human rights defenders, dissidents, and government critics have been repeatedly accused of “slandering” the CCP and national leaders, this appears to be a rare instance where a CCP official themselves have been criminally investigated for criticising the Party.