March 5, 2012       Comments Off on Individuals Affected by Crackdown on Civil Society Following Call for “Jasmine Revolution” 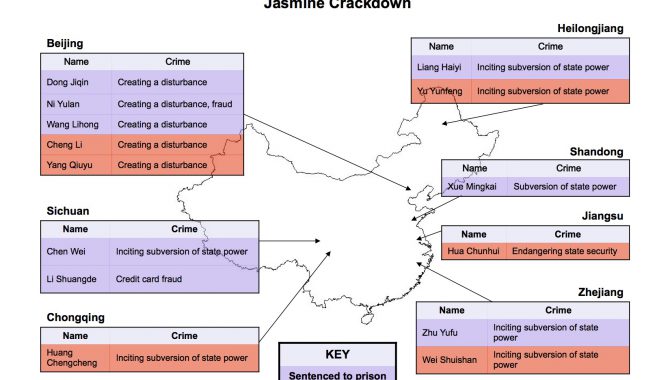 CHRD documented case of 82 individuals who the Chinese government detained or disappeared beginning in mid-February 2011 in a crackdown on civil society after online calls for “Jasmine Revolution” rallies first spread in China. Of these, 51 were put under criminal detention, including 11 known to have been formally arrested. Of those, eight were known to have been convicted of crimes and issued prison sentences, and three were placed under “residential surveillance.” Also, five individuals were sent to Re-education through Labor (RTL) camps, and 35 were released after other detentions or punishments. In addition to those who were criminally detained, two individuals were known to have been held in psychiatric hospitals, and four others were placed under illegal residential surveillance outside of their homes. CHRD also verified that at least 25 individuals were subjected to enforced disappearance during the crackdown.

The following map displays the names and charges against those known to have been sentenced to prison or sent to RTL (click on map to enlarge). Please see below for more detailed accounts of known arrests, detentions, and disappearances. 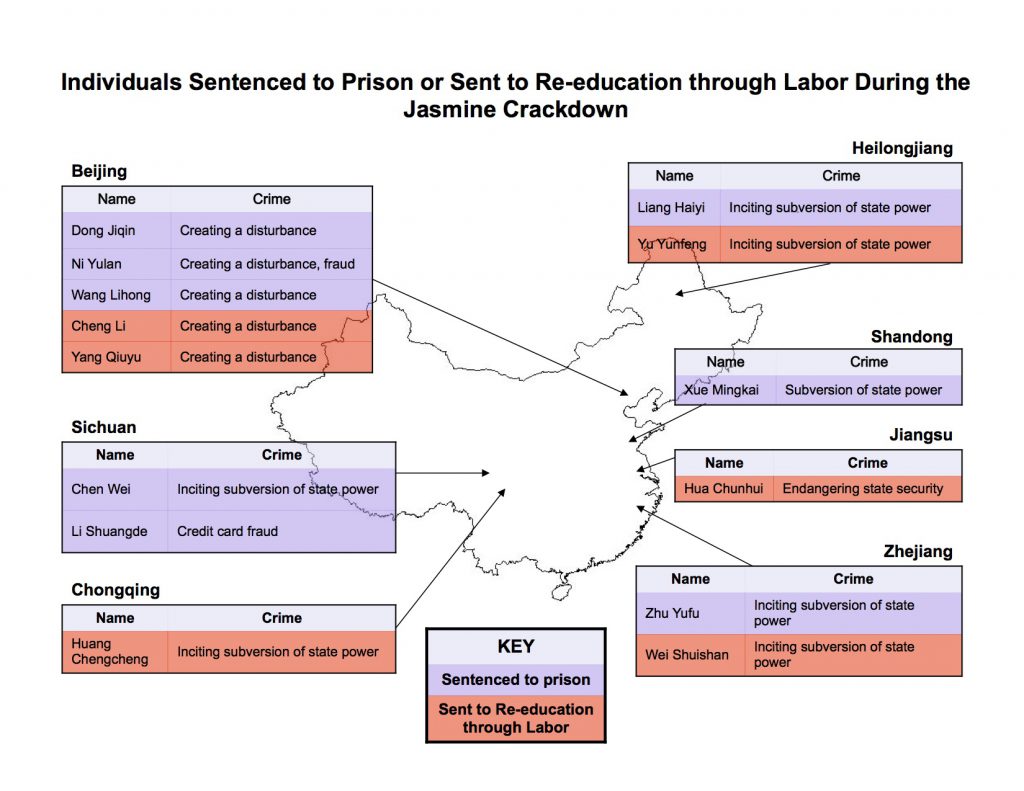 (Those in bold are currently detained)