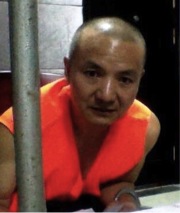 Li Sihua, a rights activist from Jiangxi Province, was initially detained in April 2013 on suspicion of “inciting subversion of state power.” He was formally arrested on charges of “unlawful assembly” in June and was reportedly beaten while in custody. Li was tried alongside Liu Ping (刘萍) and Wei Zhongping (魏忠平). On October 28, after repeated delays, the trial was postponed with Li being forced to dissolve his lawyers’ representation to defend him because the court prevented a fair hearing. His lawyers also protested against the illegal prolonged pretrial detention that exceeded the limit of three months. The trial resumed on December 3, but was marred by similar violations, as a number of key witnesses and supporters of the defendants were put under house arrest or restricted in their movements in advance of the proceedings. In addition, police harassed the defense lawyers at a guesthouse where they were staying in Xinyu, and confiscated materials, including Li’s defense statement. The charge of “unlawful assembly” was unexpectedly changed to “creating a disturbance” just prior to sentencing.

Along with two other Jiangxi-based activists, Liu Ping and Wei Zhongping, Li ran for a seat in his local People’s Congress in 2011, participated in an anti-corruption campaign, and demanded the Chinese government ratify the International Covenant on Civil and Political Rights. Born in 1957, Li has also been involved in the “New Citizens’ Movement,” a loose group of activists that promotes social justice and political and legal reforms. Li was subjected to torture while under previous detentions, including the “tiger bench,” where his hands were tied behind his back and his legs tightly secured to a bench, and he was handcuffed and hung from an iron grating for an extended period.