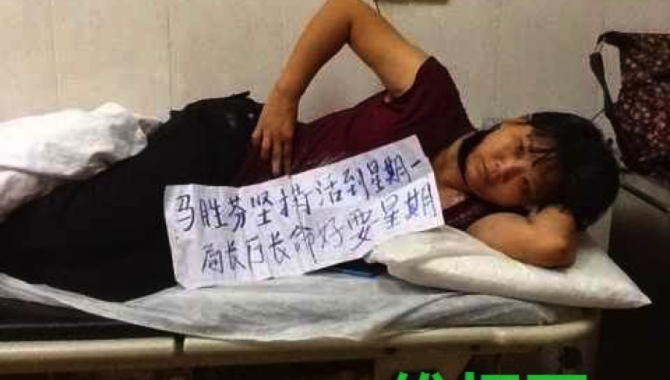 Forced psychiatric commitment is still widespread two years after China enacted its first Mental Health Law, according to reports by groups in the CHRD network that have provided new evidence of the law’s lack of implementation. In particular, officials continue to punish individuals who challenge officials’ conduct or government policies by detaining them against their will in psychiatric hospitals. Since the Mental Health Law (MHL) went into effect on May 1, 2013, reports indicate that those seeking redresses for grievances against officials are the majority of people involuntarily detained in such facilities, where some government critics are also being locked up (see cases below). The reports thus show that a key finding in CHRD’s 2012 report on involuntary psychiatric detention—the prevalence of politically motivated forced commitment—has persisted even after the MHL came into force. (See also CHRD assessments of the law’s implementation six months after it came into force and in January 2015.) 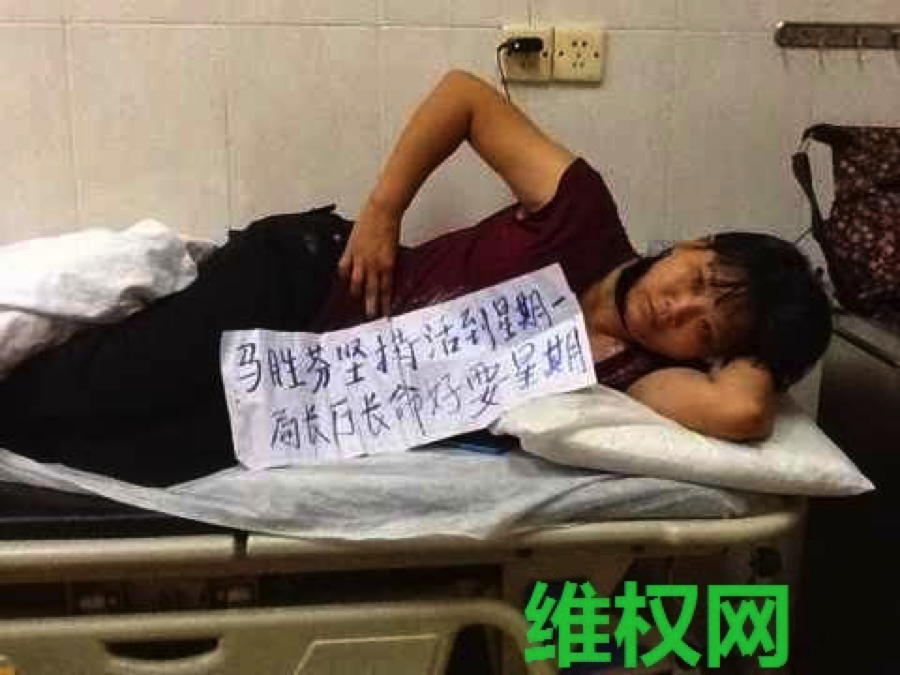 Guangdong activist Ma Shengfen (马胜芬) in November 2014, just before she was forcibly committed to a psychiatric hospital.

Forced psychiatric commitment continues despite provisions in the Mental Health Law that require any diagnosis of mental illness to be made by registered doctors. The MHL also only allows for involuntary commitment of individuals diagnosed with “serious mental disorders” who have caused harm to, or are at risk of harming, themselves or others (Article 30). In criminal cases, the Criminal Procedure Law (CPL, Article 285) only permits a court to approve an involuntary commitment on the recommendation of a procuratorate, and does not allow public security bodies to act unilaterally. The UN Committee Against Torture has expressed serious concerns over reports that China has detained individuals in psychiatric facilities for reasons other than medical ones despite the passage of the MHL.

The reports from within CHRD’s network find that police lock up “troublemakers” and whistle-blowers in psychiatric hospitals around “sensitive” political periods, generally without any medical or legal basis. Such detentions increase drastically in February, March, and October, when major legislative meetings take place in Beijing. During these times, provincial authorities routinely try to “maintain stability” by blocking activists and petitioners from going to the capital to complain about corruption and abuses at local levels. With the abolition of the Re-education of Labor system, which became official in March 2014, authorities have found forced psychiatric confinement a convenient alternative for restricting the freedom of “troublesome” citizens. Many psychiatric facilities cooperate in these detentions, especially when they are under pressure from government officials.

Victims of involuntary commitment face a range of violations of their human rights and legal rights under the MHL and CPL, including arbitrary and illegal detention, beatings, having their legs and hands restrained, force-feeding, and forced drug injections. It is typical for them to be deprived of visitors, including family members and lawyers. Authorities often lay down specific conditions in order for a detainee to be released from a psychiatric institution, such as admitting to a mental illness, giving up petitioning or other activities, or not disclosing any mistreatment they suffered. Psychiatric facilities tend to deny family or lawyer’s requests to free detainees, and recognize police or other officials who order the detentions in the first place as the lone authorities who can approve releases.

Below are selected cases of involuntary psychiatric commitment that have taken place over the past six months or are ongoing:

CHRD calls on the Chinese government to immediately release all individuals from involuntary psychiatric commitment. Allegations of arbitrary detention and torture should be immediately and independently investigated, and state compensation should be properly provided. The government must hold the perpetrators accountable—including both government officials who order the detention and the psychiatric facility personnel who endorse unlawful detentions and engage in mistreatment. China’s Mental Health Law must be amended to incorporate clear provisions on punishment for those who engage in involuntary commitment and to provide recourse for those unlawfully detained. The government must take the necessary steps to supervise and monitor the implementation of the MHL, which is intended to protect human rights and eliminate abuses in mental health care.[1]