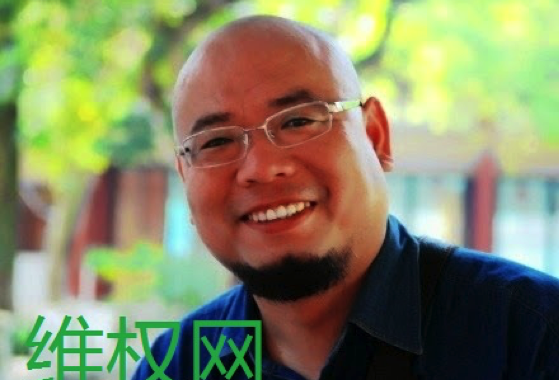 Police have recommended the arrest of activist Wu Gan (吴淦), known inside China as “The Butcher” (屠夫), on three criminal charges.

Police in Fujian Province have recommended state prosecutors formally arrest activist Wu Gan (吴淦), widely known in China as “The Butcher” (屠夫), in a case marked by an escalation of criminal charges and a state media campaign smearing the government critic. Wu has been accused of “libel,” “creating a disturbance,” and “inciting subversion of state power.” In seeking Wu’s arrest on June 27, police added the far more serious “incitement” offense to the two others that were applied when Wu was criminally detained on May 27. Both the official media attack against Wu and the new “inciting subversion” charge point to the aggressive campaign of President Xi Jinping’s administration to stifle China’s civil society, which has seen the detention and imprisonment of hundreds of activists and lawyers in the past two years.

The state media agency Xinhua has tried to vilify the 42-year-old Wu’s unconventional advocacy campaigns, which combine spirited online speech, humor, and street performances. Official media rebuked him for criticizing local officials in Heilongjiang Province, where a policeman shot dead a male petitioner inside a train station in early May. Wu and others have drawn the ire of authorities by expressing doubts online that the government’s investigation of the killing has any credibility.

Police have obstructed visits with him by his lawyers at Yongtai County Detention Center, and Wu has reportedly been subjected to lengthy interrogations for days in a row. When his lawyer, Yan Xin (燕薪), requested to meet with Wu on June 30, police denied the request, citing that Wu’s “inciting subversion” charge falls under “endangering state security” crimes, and that Yan’s meeting him might lead to “leaking state secrets.”

Wu was initially seized on May 20 outside a courthouse in Nanchang City in Jiangxi, where he had staged a performance protest, called “selling my body to raise funds,” to support harassed lawyers working on a death penalty case involving defendants who had been tortured to confess. Police alleged that Wu had cursed at the head of the court and held up protest signs in front of the courthouse, and issued him a 10-day administrative detention, which was changed to a criminal detention on May 27.[1]

Since February, CHRD has sent requests to experts appointed by the UN Human Rights Council, asking them to investigate alleged rights violations against 11 activists, lawyers, and NGO organizers. In the communications, CHRD raised concerns about the use of arbitrary detention, torture, and obstruction of justice by state agents to retaliate against these individuals for their work promoting human rights and rule of law. The cases, summarized below, are listed in chronological order of submission.