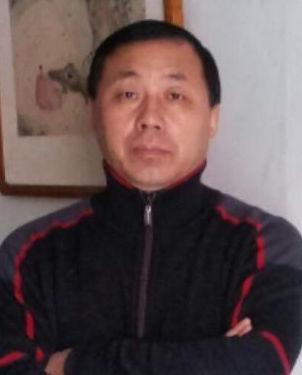 Shenyang police detained Jiang Lijun, a freelance writer and longtime promoter of democracy, in May 2014, during the suppression around the 25-year anniversary of June Fourth. Police initially seized Jiang from his home without a warrant, and criminally detained him two days later for “picking quarrels and provoking trouble” and “inciting subversion of state power” for publishing “provocative” material online. According to Jiang’s father, police took him into custody after he had criticized an illegal land deal and government corruption in Fakuxian County in Liaoning Province. Days before his detention, Jiang also had offered to help the younger brother of Christian activist Hu Shigen (胡石根), who had been detained for attending a seminar on June Fourth.

After Liaoning authorities recommended Jiang’s indictment in August 2014, lawyer Ding Xikui (丁锡奎) met with him in detention on September 18 and 19, when Jiang alleged he had been tortured by a guard to try and force a confession; Jiang said that he had been beaten, had his wrist scarred from tight shackles, and repeatedly had his head dunked into a bucket of water. On one occasion, he went into shock and had to be treated by a doctor. His lawyer submitted a complaint, but the allegations were never investigated. Prosecutors filed charges on the sole count of “picking quarrels and provoking trouble” on an unknown date. Jiang was put on trial in July 2015 and sentenced in January 2016. He was released in May 2017 at the end of his sentence.

Jiang, born on August 26, 1966, also has used the pen name Gong Cunlong (龚存龙), and his name in Chinese is sometimes rendered in alternative characters (姜立军).A Liaoning native, Jiang, a Christian and former cadre in the Chinese Communist Party (CCP), has promoted democracy and faced retaliation for his writings for two decades. Police detained Jiang for several weeks in 1988 and again in 1995 for his work as the editor-in-chief of the independent publication, “Voice of the People”《民声报》, and for organizing a youth group. In 2002, Beijing police arrested Jiang after he signed an open letter during the CCP’s 16th Party Congress in November that called for an official reevaluation of the 1989 pro-democracy movement and the Tiananmen Massacre. Authorities then charged him with using “inciting subversion of state power” for articles he wrote and published online and his alleged involvement in the establishment of the China Freedom and Democracy Party. Some of the evidence used against him had been supplied by Yahoo!. The Beijing Municipal No. 2 Intermediate People’s Court convicted Jiang and sentenced him to four years in prison.

After his release from prison November 2006, Jiang continued his advocacy, actively maintaining a blog and posting on weibo criticism of the Liaoning government, information on corrupt officials, and comments on trials. He organized campaigns around various incidents, calling for an investigation into a maritime accident that killed eight sailors near Dalian in 2010, and coordinating a protest in front of the North Korean consulate in Shandong after that country’s February 2013 nuclear test near the Chinese border.