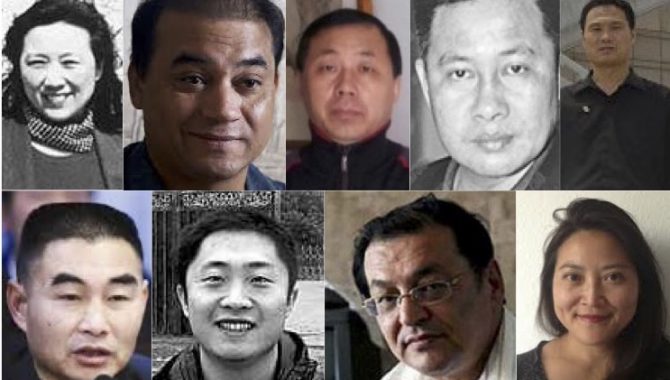 (Network of Chinese Human Rights Defenders – May 1, 2015) – On the eve of 2015’s World Press Freedom Day, CHRD calls on the Chinese government to release the dozens of journalists, bloggers, and citizen journalists imprisoned in China, including the recently imprisoned 71-year old journalist Gao Yu (高瑜). On April 17, a Beijing court sentenced Gao to seven years in prison for “illegally disseminating state secrets overseas” for allegedly sending a Chinese Communist Party directive to a US-based website. By the end of 2014, more journalists were in prison in China than in any other country, according to press freedom NGOs. 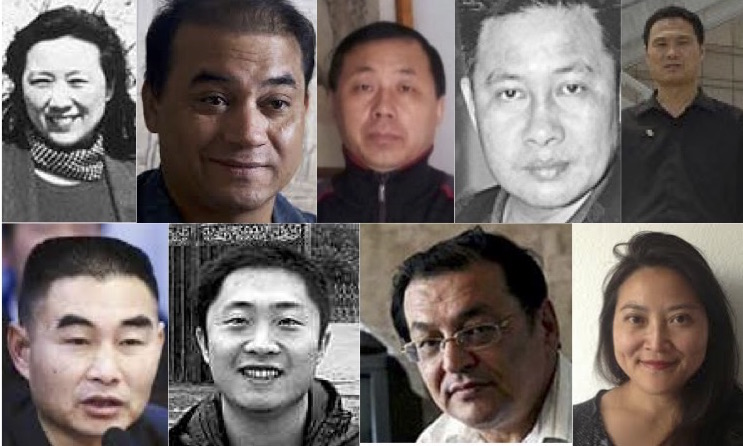 In a career spanning four decades, Gao has faced the government’s wrath for exposing corruption and misconduct in the top ranks of the CCP. She spent 15 months in detention for vocally supporting the pro-democracy movement in 1989, and in 1993 she was sent to prison for six years, also based on a “state secrets” charge, for her reporting that appeared in Hong Kong-based publications. Ever since, the government has barred her from publishing inside the country. In 1997, she was the first recipient of the UNESCO/Guillermo Cano World Press Freedom Prize, honored for her unwavering fight for press independence despite constant danger. Eighteen years later and in poor health, she is serving another prison term for championing press freedom in China.

“President Xi Jinping has drastically tightened the government’s grip on media,” said Renee Xia, CHRD’s international director. “But Xi’s anti-graft campaign is bound to fail if journalists who dare to report on the inner workings of the government are put in prison and online commentators are criminalized.”

A free press is an essential watchdog to hold government officials accountable. But China’s strict censorship and vaguely defined laws on “state secrets” and sharing information online have stifled both traditional media as well as bloggers and citizen journalists. One disturbing example of government overreach is the adoption of regulations in 2014 that bar media workers from obtaining and disseminating information deemed a “state secret.”

Since Xi Jinping came to power, many Chinese journalists have been detained or imprisoned in retaliation for exposing corruption and challenging government policies. In a secret trial last year, Hunan authorities sentenced Chen Yongzhou (陈永州), who was working for Guangdong-based newspaper New Express, to 22 months in prison for “fabricating and spreading falsehoods to damage the business reputation of others” after he exposed financial fraud at a Changsha construction firm. His colleague Liu Hu (刘虎) spent 346 days in detention on suspicion of “libel” for writing about corruption by a CCP official.

Ethnic minority journalists or online commentators who wrote about issues concerning China’s restive western regions have always faced harsh prison sentences under intense state censorship. Merely commenting on policies in the Xinjiang Uyghur Autonomous Region or Tibet Autonomous Region has led to lengthy imprisonment on trumped-up political charges, including “separatism.” In a well-known recent case, Ilham Tohti (伊力哈木●土赫提), an ethnic Uyghur professor and founder of the online news site Uighurbiz.net, was sentenced to life in prison in September 2014. A colleague of his at Uighurbiz.net and former state media journalist, Hailaite Niyazi (海莱特●尼亚孜), has been serving a 15-year punishment since 2010 for giving an interview about violent unrest that broke out in Urumqi in July 2009. The government shut down the website, greatly reducing the amount of non-government information available to observers of Xinjiang and the Uyghur people.

There have been reports that, inside Chinese prisons, journalists have been subjected to torture, hard labor, or other forms of mistreatment. Qi Chonghuai (齐崇淮), a one-time bureau chief with the Fazhi Morning Post, has described being beaten unconscious in a Shandong prison and left believing he would die. Imprisoned in 2008, Qi is serving a 12-year sentence after writing about luxury government buildings. Wang Hanfei (王寒非), the former editor of the Hong Kong-based journal “China Special Report,” was beaten in a Hunan prison and forced to make toy products by hand in 15-hour shifts every day for months. Blogger and online commentator Dong Rubin (董如彬), also known as Bian Min (边民), has said that he was interrogated for 70 to 80 days straight while chained to a chair, likely to force him to confess. Authorities have conducted no known investigations into these allegations, and no one has been held accountable.

There have also been reports of journalists languishing in long pre-trial detention while being stripped of other due process rights. Freelance journalist Jiang Lijun (姜力均) and news assistant Zhang Miao (张淼) have been held for nearly a year without coming before a judge. Police seized them in 2014 around the 25th anniversary of June Fourth and the Hong Kong democracy protests, respectively. Jiang, who is being held in Liaoning for allegedly circulating information online, previously served four years in prison after Yahoo! gave details of his account to Chinese authorities. Beijing police arrested Zhang after she went to Hong Kong to report on the demonstrations this past fall.

CHRD calls on Chinese authorities to immediately and unconditionally release all journalists, bloggers, and citizen journalists from prison and detention. Allegations of torture of journalists should be immediately and independently investigated, and state compensation should be properly provided. The Xi Jinping leadership should take the critical step toward cleaning up corruption in government—by ending state control of the media, lifting censorship, and respecting press freedom.